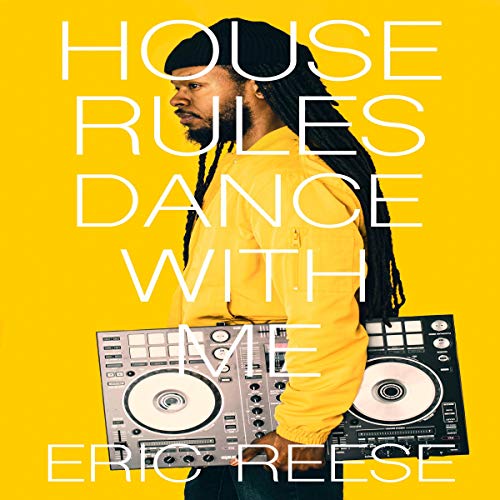 House Rules: Dance with Me

House Rules: Dance with Me

House is the first descendant of disco. While Black and Hispanic communities were jamming and party DJs spinning records, a new birth of rhythm gave way to music lovers from Chicago and New York in the form known as house music.

Developed in Chicago's underground dance club culture in the early 1980s, house music began as DJs spinning in the gay subculture altered the pop-like disco dance tracks to give them a more mechanical beat and deeper bass lines. As well, these DJs began to mix synth pop, dub reggae, rap, and even jazz into their tracks.

House music quickly spread to other American cities such as Detroit, New York City, Baltimore, and Newark - all of which developed their own regional house scenes. Today, house music is worldwide and continues to dominate most club scenes and has expanded beyond its subculture beginning.

this is a textbook not an audiobook

I loved Eric Reese’s history of hip hop book. This one did not disappoint! Most of us have probably danced to house music at a nightclub but never thought or learned about its history. Well here’s your chance! I recommend this book to all music lovers!

Learning is something that happens everyday.

I recieved this audiobook at my request for my own unbiased review.

This is a standalone quick listen however there are a lot of facts and a lot of information within this short book. If you have not read The History of Hip Hop then you should and then listen to this. There are not a hand in hand books however you will learn that a lot of the music that came played off one another.

House music is something that I am not interested in because it is just way to much however this book explains the evolution of what we know today. There were some songs that I thought were disco however listening to this showed me why certain artist and what it means to be an artist. There are a number of artists mentioned that no one really knows about and that I sad. I am glad that Eric Reese is keeping the memory of these artists alive.

I enjoyed the narrator even though he is talking to me like a professor and not just a friend who seems genuinely interested in what he is reading. His voice just makes me think of a professor I had who would talk to me as though I knew nothing. I think he has a clear concise voice but still very monotone.

So much about music which dominates most of clubs

House Rules: Dance with Me
By: Eric Reese
Narrated by: David Sadzin
Length: 1 hr and 32 mins

I liked this book very much. The book is full of knowledge about house music. The book provides nice background and historical overview of house music. Interestingly I did not know so much about music which dominates most of the clubs. This is nice opportunity to learn a lot about the house music. I liked to get to know something more about music I listen while clubbing and enjoying time with friends. So amazed how much there is behind the music we listen. Eric summarized information in a very nice, in easy to listen way. I would recommend this book to anybody interested in music. The narrator did a good job, provided a good voice. Anybody who likes parties, going out to clubs, listens house, disco, entertainment music, and DJs would find this book interesting. Good job Eric, hope to listen to more this type of work.

My hope is that this review helps in your decision to obtain this book :)
*This book was given to me for free at my request and I provided this voluntary review.

This book deserves five stars in all aspects. The author has collected amazing information and has described it is a convincing manners. The narrator also deserves five stars for a clear voice and emotions according to the subject. I'm impressed really.

I would recommend this book to anyone concerned in music. The narrator did a great job, providing a good and clear voice. Anybody who likes parties, listens house, disco, and entertainment music, would find this book exciting. Good job Eric!

This book is definitely an amazing addition to my audible library. The title of this book is amazing and it attracted me a lot and I am happy to have such a good information about the rules of house dancing. I recommend this book.

A Splendid Job Has Been Done

This book is definitely a great opportunity to learn a lot about the house music. I enjoyed to get to know something more about music I listen. Eric concludes information in a very nice, in simple to listen way.