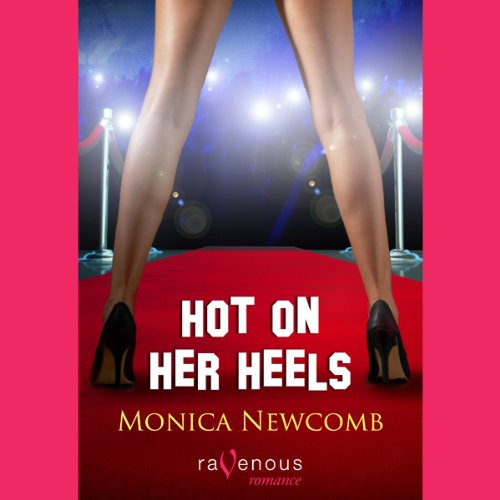 Hot on Her Heels

By: Monica Newcomb
Narrated by: Anais Kelly
Try for $0.00

Grace Park, upstart L.A. publicist, has never asked a man out before. Korean-American culture has taught her two things: how to walk effortlessly in five-inch heels and how to let the men do the pursuing. But she's been intensely drawn to notorious player Nick Matthews from the first time they met.

Nick has always avoided women like Grace, women he calls "relationship chicks". But there was no doubt about it - Grace is his walking wet dream. When she offers herself to him on a platter, how can he resist the feast? He was afraid the same diet would grow boring and tasteless, but every moment with Grace is an adventure.

After trusting Nick once and getting burned, she's afraid to try again. But when they're thrown together in an exotic Hawaiian setting, will Nick and Grace be able to let down their guards and take a chance on each other?

What listeners say about Hot on Her Heels

Book was great, Narrator not so much

I would have given a higher rating but I had to listen to the narrator. The quality of taping was not great either.

I thought maybe because the average ratings on this audio was above 4 stars it would be worth it. But I suffered through listening and I hated it. Story plot (nill). If your looking for romance and eroticism, this is not the book.

why did I buy this?

The only thing worse than the weak, uninspired, oddly phrased narration by Anais Kelly is the trite story. The cardboard characters are so cliched it's embarassing. Even the engineering is bad: when was the last time you heard a narrator Pop her P's? There's a "Murder She Wrote" episode where Angela Lansbury reads a Hallmark card with empathy, depth and feeling. That doesn't happen here. OK, Kelly is not Lansbury, but she could at least be engaged with the material. I like the book's title, though.