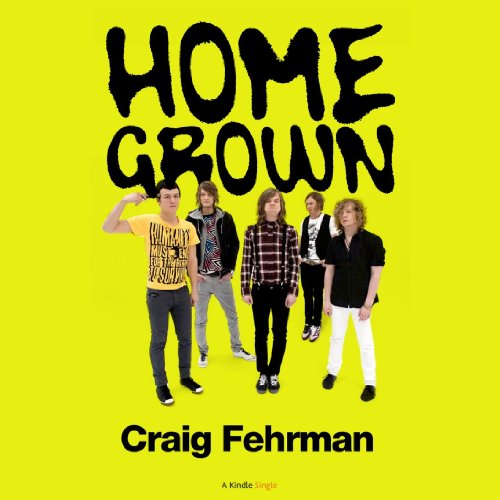 Cage the Elephant and the Making of a Modern Music Scene
By: Craig Fehrman
Narrated by: Rex Anderson
Length: 1 hr and 56 mins
Categories: Arts & Entertainment, Music
2 out of 5 stars 2.0 (1 rating)

Cage the Elephant has toured the globe, sold hundreds of thousands of albums, and become, in Rolling Stone’s words, “one of rock’s best young bands.” Before any of that, though, Cage was just five guys from Bowling Green, a small town in southern Kentucky.

In Home Grown, Craig Fehrman secured Almost Famous-levels of access to tell the story of Cage’s rise. But along the way he discovered an even bigger story - how a tiny, overlooked place like Bowling Green had itself become one of the most vibrant music scenes in the country. Through vivid storytelling and exclusive details, Home Grown traces the history of Cage, from the band forming in high school to hanging with the Foo Fighters. But the Single also explores how and why Cage keeps coming home. You’ll meet the characters and locations that make up Bowling Green’s scene: the music-first dive bar where Cage got its start; the creaky, Pirate-themed house where artists gather to jam; the radio DJ who sacrificed everything to play local music - plus a slew of exciting young bands, all in different stages of their careers. How does a music scene work, especially in a place most people assume doesn’t even have a music scene?

Home Grown has the answers, and it makes a great read for music fans - or for anyone who grew up in a place like Bowling Green. Craig Fehrman is a writer who lives in Indiana. His work has appeared in The New York Times, The New Republic, and Slate, among others.