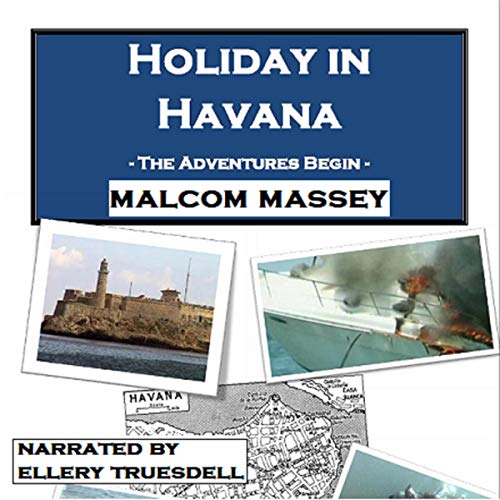 Holiday in Havana: The Adventures Begin

By: Malcom Massey
Narrated by: Ellery Truesdell
Try for $0.00

Three American fishermen disappear along the North Carolina coast, their sport fishing yacht blown to pieces. The CIA keeps the details a secret, undertaking an intense investigation while family and friends search for answers on their own.

Why are the Russian and Cuban military conducting secret meetings along the Mid-Atlantic Coast?

What does an intense treasure hunt for Spanish gold off Cuba's coast have to do with a clandestine operation to rescue American citizens from Cuba?

And how does Chechnya's fight for independence directly threaten the security of the United States?

Even the CIA's finest agents may be too late to defuse the impending crisis, trapping Martin Culver squarely in the crosshairs of a weapons system created to produce global nuclear destruction.

Based on true events from the mid-1980s.

What listeners say about Holiday in Havana: The Adventures Begin