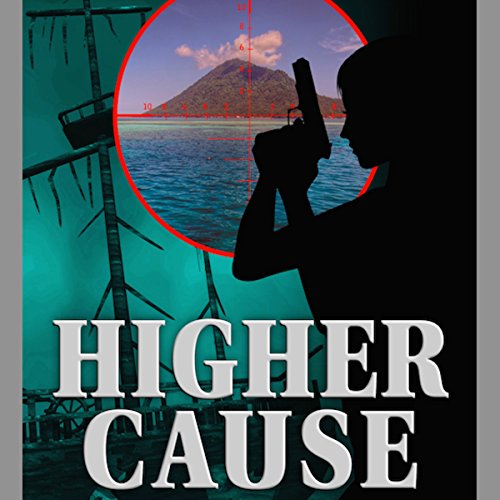 In 1789, on board His Majesty's Armed Vessel Bounty, Fletcher Christian plotted a mutiny against his friend, Captain Bligh, in order to follow the British Admiralty's secret orders to return to England with a Tahitian artifact of incredible power. More than two centuries later, the economies of the world are on the brink of collapse. Petur Bjarnasson and Isaac Bonhoff partner with the world's wealthiest investors and best entrepreneurial scientists to create new energy sources, and thus enough new wealth to perhaps pay off the world's accumulated debt. But there are groups who don't want that debt paid off... On the Paradise Islands in the eastern Pacific, the team must contend with the many forces of the world that are threatened by their success. The Bounty may hold Petur's best chance of victory. If it can be found.

What listeners say about Higher Cause

Read this one. Not a good one to listen to.

There where too many good ideas in this book. The author should have stuck with one or two. I’m glad that I stuck in there until the end, I almost didn’t.

The performance was horrible, and it took me out of the story. I had to stop and start a couple of times because I could not take the accents.

If you have read the Higher Ground series by this author and Doug Casey, you could maybe give this a try. Go purchase Higher Ground.

Could have been a good story...

What would have made Higher Cause better?

The narrator, seemed to be trying to read every letter in every word.
Very little in "Feeling" in reading. Seemed like my 12 year old grandchild reading one of his history books. Saying the words without understanding the meaning or defining the character of the cast.
The narrator, should listen to other narrators like Dick Hill, and draw from those readings
how to create characters in sound, and bring emotions into the reading of the stories.


Has Higher Cause turned you off from other books in this genre?

Disappointed that a possibly good story, became less than mediocre.

I loved Higher Cause. The idea of a libertarian island with its own laws and economic freedom, mixed with thrillers of evil people trying to stop them, and a treasure hunt based off of real historical events - very captivating!