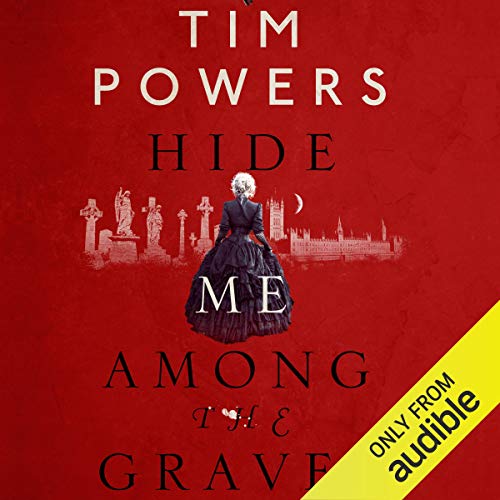 Hide Me Among the Graves

By: Tim Powers
Narrated by: Imogen Church
Try for $0.00

London, 1862. A city of over three million souls, of stinking fog and dark, winding streets. Through these streets walks the poet Christina Rossetti, haunted and tormented by the ghost of her uncle, John Polidori. Without him, she cannot write, but her relationship with him threatens to shake London itself to the ground.

A fascinating and vivid recreation of the stews and slums of Victorian London - a city of dreadful delight. But it is the history of a hidden city, where nursery rhymes lead the adventurer through haunted tunnels and inverted spires. And where the price of poetic inspiration is blood.

Tim Powers is the author of several acclaimed works of speculative fiction. His books have won both the World Fantasy and the Philip K. Dick Memorial Awards, twice. He has received the Locus Award three times. He lives in San Bernardino, California.

What listeners say about Hide Me Among the Graves

I'm a Tim Powers fan but I couldn't listen to it

I'm not sure what it was but this book just didn't work for me. I tried to get into it but gave up and stopped listening. Not sure if it was the narration or the story. Perhaps I'd enjoy it more in written form?