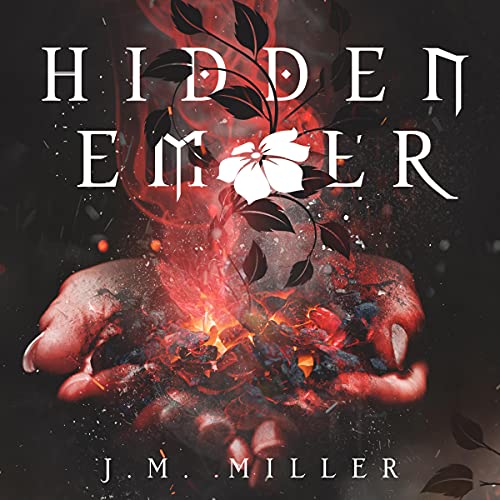 Time has become a loathsome enemy.

After the harrowing battle against Herja, Vala and Xavyn find themselves in a new battle against time. The war between lands quickly approaches should The Divide fall, but even that concern must wait while they engage in a more dire conflict with Verdandi. She must be stopped before finding the final piece needed to end the world. To stand any chance at defeating her, Vala and the others will have to add numbers to their charge, which includes negotiations with the incorrigible Volare king.

In the midst of it all, Vala has to face her true identity. Though acceptance doesn’t always come easily, especially when it comes from within. For Vala, it also means accepting what happens after.

If they stop Verdandi...if they prevent the war...if she reconnects with her pith...will she have to say good-bye forever?

What listeners say about Hidden Ember

This made me tear up a little bit since it's the last book in the series. Man, this was such a journey!!!!

There were so many times that I was sitting at the edge of my seat listening to this book, anxiously waiting to see what would happen, or I was crying since it was so sad in places. Man, I really thought I was going to lose it right there towards the end, but thankfully all went well. It actually helped answer a few questions I had with Xavyn and how his and Vala's future would turn out.

I just can't give enough praise to the author and the narrator that just brought not only this book but the series to LIFE for me!! ⭐⭐⭐⭐⭐

I recieved an ALC for my honest review.

Hidden Ember (Fallen Flame, Book 3) is the exciting finale to this fantasy romance. Inside the pages is suspense seeping through. Great characters who are different and a storyline that keeps you on your toes. A wonderful ending.

Amelia Hugh's narration performance made the audio shine through. It was purely perfection. Her inflection is sweet and a pleasure listening.

Once again the narration for this story was perfection! The fateful conclusion of Vala and Xavyn kept me on edge as they winged their way to save the world they lived in.

The beautiful array of characters had to band together and put aside their differences in order to bring down a common enemy. There were several moments I thought the author would break my heart, even more where she actually did but I loved every suspenseful moment. I'm sad that the journey is over because I got so invested in these characters but I'm very pleased with where the story landed. Thankfully I have the audiobooks so I can always return whenever I want.

Vala is one amazing strong a woman. Xavyn is one stubborn pigheaded man. Could no wait to see where everything went. Loved this series. Great ending.

HIDDEN EMBER is a fast-paced, action-packed book that provides a satisfying ending to a trilogy I became very invested in. I never fully knew what to expect, the fight scenes made my heart race, and the heat between Vala and Xayvn was the perfect temperature for me. Well done, J. M. Miller and (Amelia Hugh).