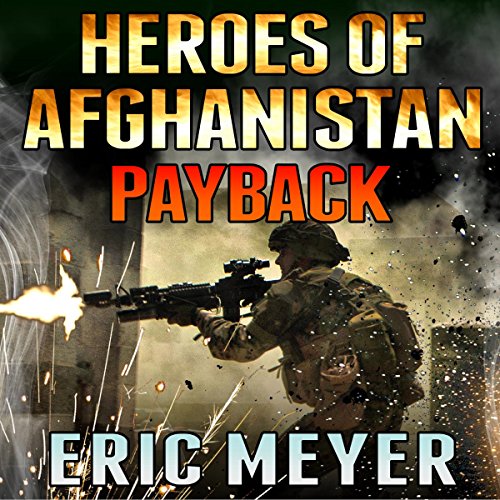 Afghanistan, a nation in perpetual torment. A frightened land where cruelty and casual killing are a part of normal life. Now the violence has worsened. The brutal Independent Islamic State has appeared, founded on a mountain of corpses. To raise funds, the Islamists embark on a campaign of kidnap and ransom. When they abduct the wife of a senior United Nations official, the husband approaches Rafe Stoner to get her back.

A former US Navy SEAL and gun for hire, Stoner is initially reluctant, but he is soon persuaded when he learns the identity of the leader of the kidnappers, Rumi Kamran. Torturer, child murderer, and a man he has long vowed to kill. With the help of his veteran colleague Greg Blum, Stoner embarks on a suicidal mission to infiltrate the impregnable enemy stronghold of Asmar.

Within hours the pair are embroiled in a series of vicious battles. Their rescue mission is threatened with failure at every turn. Against all the odds, they must go on, determined to reach their objective. To free the kidnapped wife of the United Nations official, and kill the Islamic psychopath who holds her captive, before he leads her to the slaughter.

What listeners say about Heroes of Afghanistan: Payback