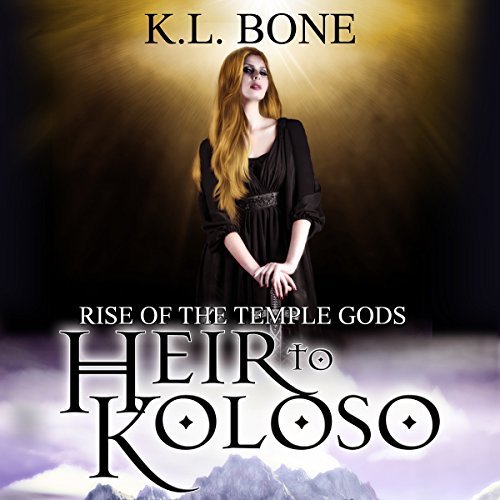 The struggle for the throne intensifies as twin princesses Ameria and Mariana are forced to contend with their bitter rivalry and haunted past. In this sequel to Heir to Kale, the sisters learn that they must first expose the secrets of their past before they can begin to unveil their shadowed destiny.

Awaiting the Temple bout which will determine her fate, Princess Mariana struggles to unite a kingdom long bereft of leadership. She must navigate a labyrinth of rival families, powerful lords, and the ever-widening rift between those who serve the Temples and those who do not. Unprepared and still grieving the loss of her mentor, Mariana must decide for herself what is right for the kingdom and who, if anyone, can be trusted.

Meanwhile, Princess Ameria is more determined than ever to discover the true identity of her father's killer and is willing to risk everything in order to find the answers she seeks. Embarking upon a quest which takes her from gleaming Temples to darkened castles, she endeavors to learn the truth about her family, the prophecy, and the future of the kingdom. Eventually turning to her estranged grandfather, the powerful and dangerous Lord Riccard, Ameria uncovers a truth about her family's past from which will threaten to challenge the very foundations of her beliefs.

However, as the sisters come closer to revealing their past and the prophecy which haunts their future, the wraiths watch from the shadows, an ever-present reminder that time is running out and that the fight for the throne looms upon the horizon.

What listeners say about Heir to Koloso

A Marvelous and Adventurous Read!

The saga continues in Heir to Koloso! Even more twists and turns! More action. That jaw dropping revelation had my head spinning! An ending I didn’t see coming. Well done Miss Bone! A marvelous and adventurous read! The pleasant voice of Cassandra Nuss, brings the story to life. I need the next one ASAP! I have to know how it all ends. I give this 5 stars.

This was another great story by K. L. Bone. She always writes amazing stories full of detail and emotion and this one falls right in place. I love the twins and the story line. The narrator does a great job telling the story. I highly recommend this audiobook.