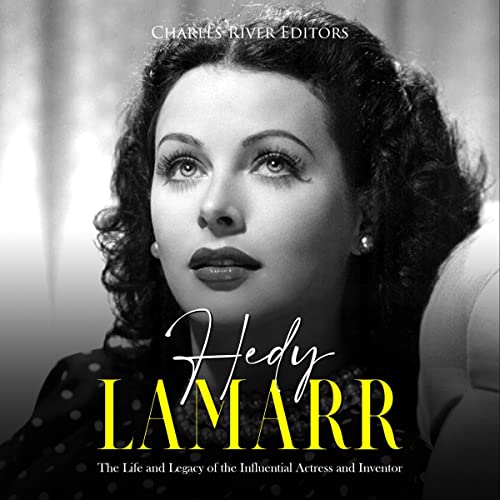 “Films have a certain place in a certain time period. Technology is forever.” (Hedy Lamarr)

The “Golden Age” of American film that began in the pre-World War II years has never truly ended, moving from its early connection with “film noir” to the epics of the 1960s and beyond. Similarly, movie stars still enjoy a degree of exoticism they have possessed since the days of silent film. However, in the modern day, the screen actor is not so narrowly constrained by public image as to prevent the leading of a double life, once impermissible for powerful studio heads. A sideline of political and social activism is not uncommon, and even academic pursuits are now mere points of interest, where they were once forbidden. Put simply, for much of Hollywood’s early history, brains and beauty were considered mutually exclusive.

During the first half of the 20th century, American crowds developed a fascination with foreign actors whose native accents lent an enhanced air of mystery to their on-screen personae. Greta Garbo, Ingrid Bergman, and Marlene Dietrich, all European-born, ruled at the box office. Amid their prolific careers stood the curious case of Hedy Lamarr, acclaimed as the most beautiful star of her time, and living with a professional pastime that looms large in the modern day as new information technology emerges.

The “Big Five” movie studios all have roots in these years, including Universal Studios, Paramount, Warner Brothers, Columbia, and even Disney. In the early days, Metro-Goldwyn-Mayer was created in a merger between Metro, belonging to Marcus Loew, one owned by Louis B. Mayer, and a third enterprise resulting in the still-famous logo of the MGM lion. In the United States and overseas, agents and studio heads were on the lookout for talent, and Western agents flooded Europe searching for the next foreign heartthrob.

In an age less socially sensitive to matters of gender, the Austrian-born Lamarr, then hailed as “the most beautiful woman in the world”, dared to possess a daunting intellect and the mind of a scientist. For the cinematic peddlers of escapist on-screen seduction, such a problematic reality required total public suppression. As such, people are only now becoming aware of Lamarr’s scientific designs that led to the development of the globe’s most ubiquitous communications network, the internet, mobile phones, GPS, and Bluetooth, not to mention military and satellite technologies. Much of Lamarr’s early life and the seeming paradox of it was well-documented in Richard Rhodes Hedy’s Folly: The Life and Breakthrough Inventions of Hedy Lamarr, the Most Beautiful Woman in the World. The Pulitzer-Prize-winning author of The Making of the Atomic Bomb applied equal thoroughness to Lamarr’s biography, while featuring a cover in which she is dressed as Delilah sitting on a torpedo.

What listeners say about Hedy Lamarr