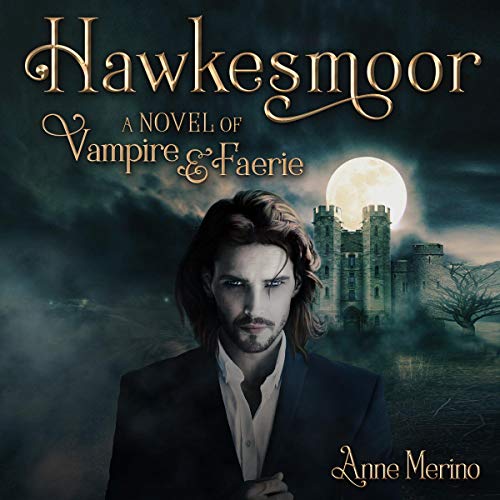 Robin Dashwood, a handsome and charming British vampire with long gone aristocratic connections, is about to be thrown into an epic adventure that will shine light upon the rise of the vampire. This is the last thing he could imagine himself doing. Robin prefers to hide in plain sight - having devised a quiet life for himself in New York as a history professor in hopes of avoiding other more powerful vampires and their dangerous, decadent political machinations.

A chance encounter in a Manhattan art gallery introduces him to the beautiful Lady Caroline DeBarry and reveals a vicious murder from Robin's human past. In search of answers to this historical mystery, he returns home to England and to Caroline who has captured his heart.

As Robin uncovers the truth, he finds traces of a far more ancient and shrouded realm than even that of the vampire. This will shake the foundations of vampire lore and its brutal hierarchy, placing Lady Caroline in terrible danger and setting in motion events that will lead to a final bloody confrontation between a revenant army and human kind.

Hawkesmoor is the first book in a trilogy that will continue the eerie adventures of Robin Dashwood - a very British vampire.

What listeners say about Hawkesmoor

A refreshing and exciting take on vampire lore!

“Hawkesmoor” contains a full range of historic and present day storytelling color that ensures the reader a delightful journey through time and space, where vampire and faerie lore beautifully and imaginatively intersect. The characters are relatable and Anne Merino is in full command of fresh storytelling that keeps one reading (listening) in anxious anticipation of what will happen next!

I enjoyed each minute I listened to this book. The plot was so incredibly intricate and the way the author deftly transports the reader through each twist and turn is masterful. I also found Robin Dashwood to be intriguing, cool, and a main character I enjoyed supporting. If you’re a fan of the traditional vampire novel, I recommend reading this for a twist on what you’re familiar with. If you don’t typically take part, I promise you’ll enjoy the mystery, passionate romance, and action that is impossible to look away from. I couldn’t stop thinking about it after I finished it and will definitely be listening to the second installment as soon as it comes out!

I loved the character of Robin Dashwood. He's sexy and mysterious and he has great love affairs - one present day and one in the past. This is so different in sensibility than "True Blood" or "Twilight." It's very British and all the characters are so well drawn by author Anne Merino. We begin to unravel the origin story of vampires. There are chills and epic battles and I can't wait for the next book.

What a thoroughly enjoyable experience. I loved every minute. And such a light and soothing voice narrating the story.
No spoilers from me, just buy the book. You won't regret it.

Its a good story and has some neat plots but the MC lacks backbone me thinks as he fails at every conflict and he doesn't devolope his power but suddenly he can do stuff without learning how to, still he doesn't confront his attackers. The story had huge potential thou.