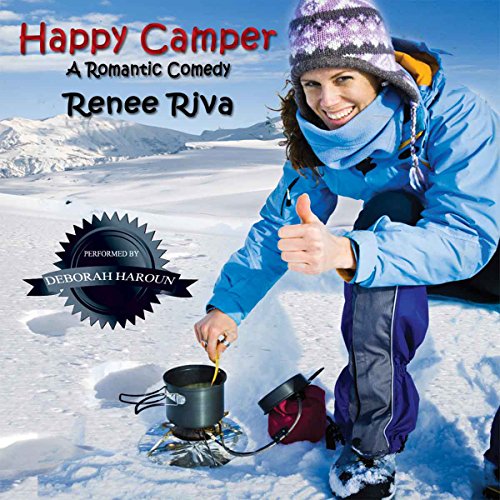 By: Renee Riva
Narrated by: Deborah Haroun
Try for $0.00

Allie Jaskie, recent fashion school graduate, needs a job. Charlie Braun, editor of Happy Camper Magazine, needs a field reporter. The clock is ticking for an article about summer snow camping on Mount Rainier. Allie is not fond of camping, much less, snow. But she's down to her last can of tomato soup. What's a hungry girl to do? She changes her name to Sage Forester, and shows up for an interview in a comical ensemble of old camping attire, courtesy of Goodwill. Something about Sage Forester doesn't quite add up, but Charlie is intrigued enough to give her a chance.

When Sage returns from Mount Rainier with her article: Fashions in the Forest, the editorial staff roars hysterically until their boss says run it. Sage is an instant hit with the ladies. Who would guess so many would love the idea of trading in their army green camping gear for pink tents, and bright hiking attire? Sage's celebrity continues to soar until Charlie discovers that Sage Forester is not who she says she is, nor is she spending those invigorating nights sleeping in the snow, as all were led to believe.

Readers of all ages are in for an avalanche of fun in this heartwarming adventure as Sage and Charlie battle it out in Paradise on Mount Rainier.

What listeners say about Happy Camper