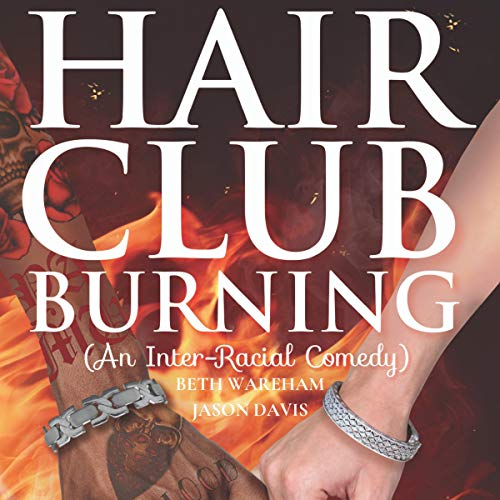 By: Beth Wareham,Jason Davis
Narrated by: Kay Webster
Try for $0.00

Part American Gangster, part Real Housewives of New Jersey, Hair Club Burning takes the most dangerous creature on Earth - a woman scorned - and throws her into an improbable comradery with two young highly active gangbangers, all in search of the same thing. Justice.

Just how far will the housewife go to find the gangsta within? And how far will the bangers trust a white woman from the suburbs? All will be revealed as they chase the millions hidden offshore by the soon-to-be ex-husband in this hilarious novel of a suburban housewife and gangster team on the road to their freedom.

This interracial comedy examines who we are and who we think we are in the endless back-and-forth of race relations in America. And in the final analysis? Love is love, respect is respect and we can all live together and grow stronger.

We can do this thing.

"I met brother Jay in 2000 at Delaware State University. It was the beginning of a long road of ups and downs between two young men determined to survive and defy the odds of the streets. Just as the bangers in this book start earning 'straight' money for the sett, so Jay and I escaped the violence to build a life and family of our own." (Dashaun Morris, author of The War of the Bloods in My Veins)