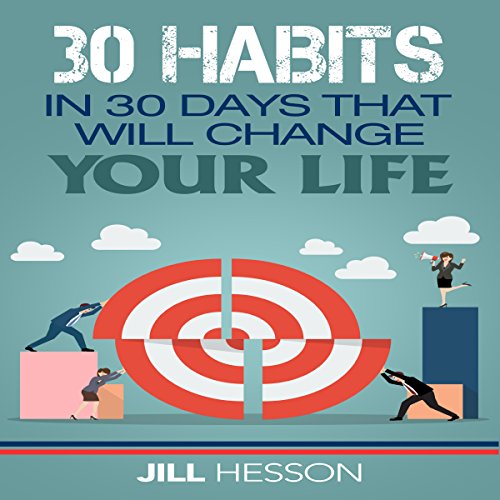 By: Jill Hesson
Narrated by: Kaitlin Descutner
Try for $0.00

You may not know it, but habits are something that we learn to do automatically. Every day, we go through the process of following the same patterns and routines, but did you know you can use this for your own benefit? In every area of your life, habits determine how successful people are in their professional lives as well as in relationships and general conduct of their lives. If you were to ask an entrepreneur about habits, they would tell you that these form the basis for their success. It's the same in every area of your life, from getting up in the morning, right through to getting into bed. Habits are your behaviors, but what's interesting is that scientists have found that the number of neurons that actively support these habits decrease in adults, as opposed to increasing. They were puzzled by this and when they studied it further, found that when neurons are not used, they tend to decrease.

The connections between neurons are key to improving your performance. It is clear, for example, that if you do not paint pictures, the neurons that deal with the artistic area of your brain will be less active than those in someone who paints. He further purports that babies are born with what he describes as a "blank canvas" where everything is indeed possible, whereas adults limit their capabilities by honing in on certain skills that they know they are good at. They tend to dismiss those areas where their own personal strengths do not apply and thus the neurons group into limiting groups that highlight the strengths and take away what may be perceived as weaknesses.

What listeners say about Habits

If you could sum up Habits in three words, what would they be?

The person who needs to drink more water- I can relate!

I will save you time and $$

Be ready to take notes while you listen. This is 45 minutes of great suggestions for improving your life through developing positive habits. I'm excited to start implementing some of these ideas into my daily life.
The voice over work was also incredibly well done.