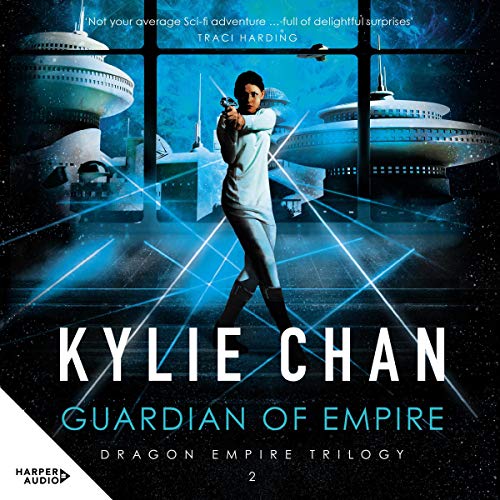 By: Kylie Chan
Narrated by: Jennifer Vuletic
Try for $0.00

The Dragon Empire is under threat....

Kylie Chan, best-selling author of White Tiger, returns with the follow-up to Scales of Empire - imaginative, epic, and a whole lot of fun.

Earth has joined the Galactic Empire, a vast interstellar society ruled by dragon-like aliens where everybody is immortal. Pain, famine, and disease have been eradicated, but this doesn't mean the end of conflict.

A cruel alien Republic has been watching from afar and wants to take the empire's progress for its own. Jian Choumali, ex-British forces and now colonel in the Imperial space force, must fight to keep her friends, family, and fellow citizens in the empire safe. A brutal battle of skill and wits begins as Jian and her human colleagues attempt to combat the invaders - but with all their technology, enhancements, and weapons in the hands of their enemies, the odds are stacked against them, and there is the very real threat of the destruction of the empire itself.

What listeners say about Guardian of Empire

2nd in the series, very well written. Not sure how Jennifer does so many different voices, she is magnificent. Kylie Chan has a great way of telling her stories. you will fall in love with the characters. thank you for releasing this in audio format. and for using Jennifer's Vuletic's talents it's almost as if it was written for her to voice!

Guardian of Empire by Kylie Chan

One of the most varied & amazingly detailed story I’ve ever read with some stunning descriptive sections regarding alien peoples & places. Some comic relief and solely human characteristics to entertain with some good cursing thrown in - it was a hoot of a story…go big or go home…

kylie chan is the best author in the universe, she writes the best stories ever