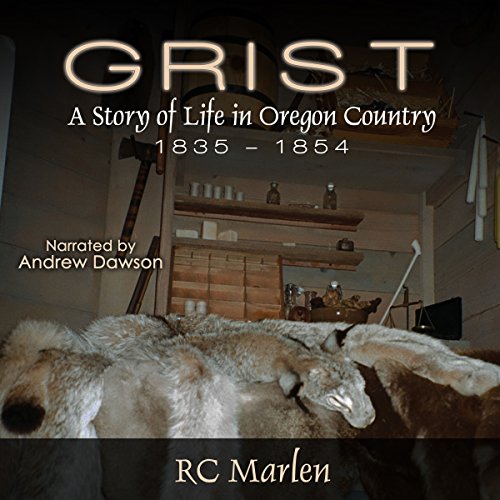 Denied recognition and acceptance by the white people in Oregon Country, Margaret Jewett Bailey, the first novelist of the Northwest, faded into oblivion after an attempt was made to destroy all copies of her novel. Although she and her husband William J. Bailey arrived in the mid-1830s and worked beside well-known historic figures as Jason Lee and John McLoughlin, today few know of the Baileys. Why? Their story is explosive.

In 1835, William arrived at the Methodist Mission with a long tomahawk gash in his face and later would avenge the attack; in 1837, Margaret was among the first seven white women to arrive by ship from eastern United States, and she quickly made enemies of the missionaries but friends of the Kalapuyan Tribe. Their story presents surprising views of historical figures and events from a perspective not usually seen.

Although the dialogue and one fictional family are creations of the author RC Marlen, events in this exciting novel were written to show the accurate history of Oregon Country, 1835-1854.

Interesting fictionalized story of some of the earliest settlers in the Willamette Valley, especially for those familiar with the locales mentioned.

I especially liked learning about some of the Native American practices, e.g., making camas cakes. I want to try that!

The VO sometimes drove me crazy. French accents sounded like native accents and native like French or ??

Parts of it were good

Learning some of the history of the state was good, and I quite liked the non judgmental way this was done in some parts but the story seemed to lack cohesion in that it seemed to be a series of short stories with no climax and resolution even though the thread of characters was there. Perhaps it was too much like real life. The performance was frustrating for me as I felt he did not speak fluently and wanted to run phrases through my head again and again to work out where the real emphases should have been.