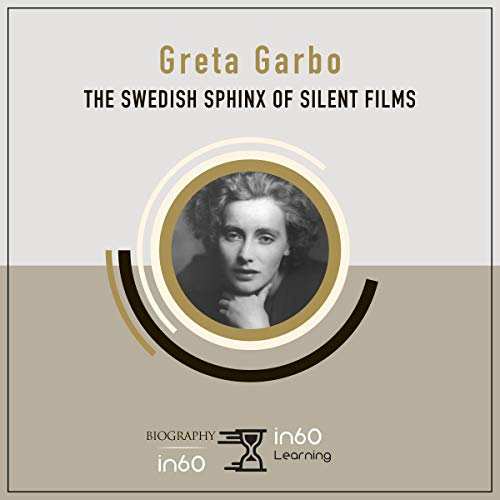 Greta Garbo, a Swedish-born American actress, holds her own as one of the top five female stars of the Hollywood Golden Years. The renowned silent film star remained mysteriously silent off-screen, too. This earned her the moniker of “Swedish sphinx,” an aura of mystique she cultivated despite her international stardom. After 20 years in film, she retired and spent the next 50 years as a recluse in New York; she made few public appearances, declining even to attend the 1954 Academy Awards to accept her special Academy Honorary Award.

This biography peeks into the private life of MGM’s highest paid actor of the era, revealing hidden details about the mysterious woman who left behind an estate worth $32,000,000.

What listeners say about Greta Garbo: The Swedish Sphinx of Silent Films