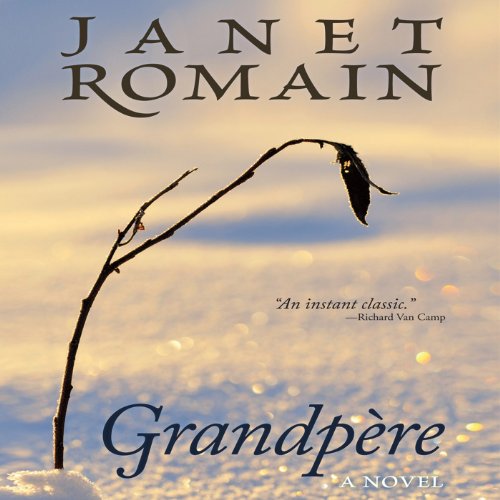 By: Janet Romain
Narrated by: Laural Merlington
Try for $0.00

Anzel, a widow in her 60s, lives quietly on her small farm with her grandfather, a Carrier elder from Northern BC. Grandpre and Anzel pass the time playing fierce cribbage games, cutting firewood and tending the vegetable garden. As the days pass Grandpre tells his life story, sharing heart-breaking memories: the death of his family in a devastating epidemic, his son's murder at the hands of a horse thief, and his battle and eventual triumph over alcohol. When their extended family visits on holidays and weekends, Grandpre - with the tenderness of an elder - tells the children of the Carrier traditions and values. Their days together are happy and simple, and when Anzel meets Jim, a caretaker at the local pensioner's home, life seems complete again.

But one day a taxi arrives from town. Its passenger is Angel, a frightened 13-year-old stranger who claims to be Anzel's granddaughter. Her father, she says, was Anzel's youngest son Ben, who was killed in a car crash 14 years prior. Angel's mother, alone and pregnant with Ben's child, ran away to the city to raise the child far from the disapproving eyes of her family. But after years of poverty and loneliness, she succumbed to the streets of Vancouver. Angel, neglected and abused at the hands of her mother's new boyfriend, follows the trail to her father's family. When Anzel takes in this unknown granddaughter, she and her family must act quickly to protect her.

What listeners say about Grandpere