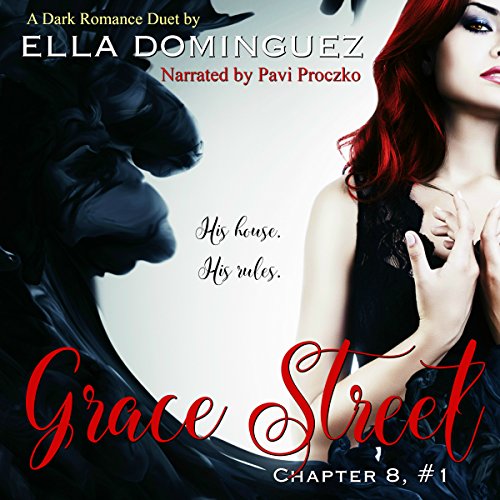 Seeking solitude and reprieve from her past failed relationships, Elsa begins her life anew in Richmond, hoping to find the change that she so desperately needs. Things are looking up for her - a new job, new friends, a fresh start. But Victor has different plans for her. From the moment he heard Elsa's voice, she became next on his to-do list. A well-known and respected criminal profiler, his mind is as dark as the criminals he hunts down. It takes one to know one, after all. Under the guise of making his subjects stronger, he intends to break Elsa down using everything in his arsenal - including pleasure, pain, humiliation, and things unspeakable.

Lonely, still on the mend from a bad break-up and longing for attention, Elsa consents to an odd proposition. Initially unaware of Victor's plans, she quickly realizes that the casual encounter she agreed to is, in fact, a cruel psychological game with no ending in sight. She may be one in a long line of test subjects for Victor; however, she can't be broken so easily. What he puts her through only fuels the fire burning within her - a flame that begins to blaze out of control as she becomes obsessed with everything about Victor and peeling back his cruel layers in search of the real man hiding beneath his heartless facade. In Victor's world, there is no such thing as happily ever after, and Elsa proves to be an infuriating challenger when she flips the tables on his selfish and twisted game, a game they both may end up losing their hearts and minds over.

Warning: this is neither a conventional romance nor a traditional love story. There are no hearts and flowers in this book. The heroine doesn't always make wise choices and though I've tried to make her strong, she's often times weak in the face of the fierce hero. The hero is not a knight in shining armor. He's broken and frequently cruel.

What listeners say about Grace Street

This is a great story. It kept me engaged from the first moment to the last. The character development for both characters was well done and Victor is now one of my favorite messed up, obsessive alphas. The narrator sounded like a robot 3/4 of the book but once I got used to his cadence the story was enough to keep me engaged. I can't wait to listen to the second one. I would definitely recommend this book.

If you have already read Grace Street you must now listen as Victor and Elsa play their twisted game. The confident FBI profiler Victor Laurenzo has never been beaten at his twisted game that breaks down his subjects in his quest to fix them as,they become Chapters in his journal. Elsa Cassidy his Chapter 8 will play his game and as I heard him add more rules to his game in an effort to fix her she tries to find a small dim light in his black tortured soul. To listen to their journey made me view this book in a completely different way. Who will succeed, as Victor says " to be continued Peach." Fantastic narrator!

I read and enjoyed Grace Street many years ago, but listening to it brings its complexity and darkness to a whole new level. Be forewarned, this book gets really dark! The story is intoxicating (as is Victor). As much as I cringed each time Elsa kept her relationship going with Mr. Black, I understood. He is captivating, and made even more so by Pavi Proczko's gorgeous seductive voice! I couldn't sleep, I just kept listening! Can't wait to listen to Return to Grace Street.

I absolutely loved the book, but the audio book really made this story amazing. A beautifully preformed and amazingly written.