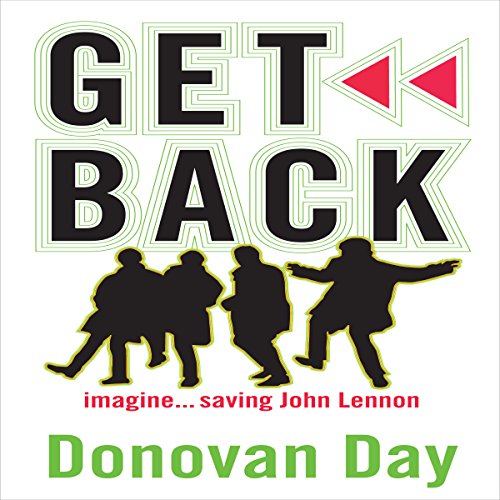 Get Back: Imagine...Saving John Lennon

Get Back: Imagine...Saving John Lennon

Imagine going back in time and befriending The Beatles at the height of their fame. Imagine seeing "the boys" interact onstage and off, hanging out with them in the dance clubs of London, visiting John and Paul at Paul's house across from Abbey Road Studios. Imagine all the questions when they learn you're from the future: How are records made? Will their music last? Will anyone remember The Beatles? And then John Lennon asks the biggest question of them all: "What will become of me?"

That last question sets 17-year-old Lenny Funk off on the adventure of his life with a goal that seems impossible - to stop John Lennon's assassin, Mark David Chapman. Lenny Funk is able to time travel, thanks in part to his baby boomer grandfather's old iPod Nano, which is loaded with the classic rock and roll, and pop and folk tunes of the 1960s and '70s. Together with his new friend, Yoko (yes, she's named after that Yoko), Lenny "time slips" backwards where he meets some of his musical heroes - not only The Beatles, but also Jim Morrison and James Taylor, among others.

Lenny must make some difficult and heartbreaking decisions - should he change the course of history, or not? And what are the consequences if he does? The year 2015 marks what would have been John Lennon's 75th birthday and, sadly, the 35th year since he was murdered.

I like the book and he had most things fine and he had the Beatles personalities down pretty well... the only thing is.... instead of trying the shooting.... since John believed him in 69... just tell him the date and time it happened... he would have avoided coming out of the limo or been prepared. I loved the book though