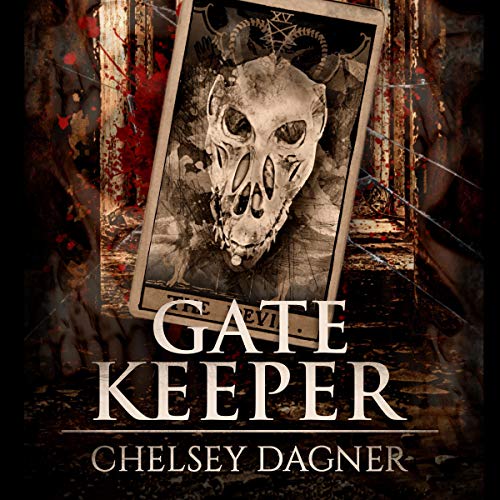 By: Chelsey Dagner,Scare Street
Narrated by: John Pirhalla
Try for $0.00

Only the gatekeeper can save his soul...

It’s been four years since Dylan first encountered Derek, a demonic spirit, while under hypnosis. Now 18, Dylan is beginning to feel like he can lead a normal life again. His heart is set on college and a charming classmate at school. But his plans come to a screeching halt when Derek makes a sudden reappearance, looking more sinister than ever.

Father O’Brien has since passed away, leaving Dylan feeling scared and alone. Desperate for help, he turns to Evelyn Nardini, a skilled tarot reader and paranormal expert. After reading Dylan’s cards, Evelyn becomes convinced that the elusive hypnotist Dr. Dark holds the key as to why Derek has been able to reappear in Dylan’s life.

As Dylan begins the search, Evelyn tries to come to terms with Derek’s motivations as well as where the demon lives when he isn’t tormenting Dylan. She begins to suspect that Derek is utilizing some kind of gateway from Hell - one that must be destroyed at any cost.

Things come to a twisted turn when Dylan finds Dr. Dark and realizes that the hypnotist is far more involved than he thought, and that without his help, Dylan has no chance of surviving the evil lurking in the shadows.

What listeners say about Gatekeeper: Supernatural Horror with Scary Ghosts

WOW! ON THE EDGE OF MY SEAT!

The Story Has gotten so Deep into Dillons Life, And I just can Not Stop Listening! I can't wait to see if He makes it out of this Awful situation. The Narrator tells the story so well, such calmness, but makes me so excited to hear the rest... Love Scary Stories and This is So Awesome. Headed to the Next Book Now 😁😍

Great 2nd book to Ghost Mirror. The book was faced pace - good story line and fabulous exciting end. I will add though, much if this book centers around a demon and how he came to be and how to rid him out of his life. When I started the book I stopped as it was a bit much for me but glad I decided to finish. All in all - a very good book.

Continuation of the story

This was a continuation of the story about Dylan, only 4 years later. He is still being visited by the demon who pretended to be his dead twin brother in the 1st book. I found it a little harder to concentrate on this one as it didn't capture my attention as much. I did like the continuation of characters along with some new ones. The struggle to rid himself of the demon latched onto him is ongoing. I hope there is a good conclusion in the next book. I enjoyed this one too.

I loved this book and it kept me on my toes. I will admit I never saw what happened coming but I can say that it will definitely keep you guessing great work great story.

Love this series so far ! I couldn't stop listening. Its got great characters and a fast paced story. Really like the narrator , so easy to listen too.

This continuation of the series is great! I was so happy when audible added it, because when I finished the previous book, it was obvious that it wasn’t over. It still isn’t over.

Great continuation of the story. It’s four years master and Derek is back and Dillon is trying to find a way to get rid of him for good. Is the hypnotist the key to everything? I see that there is a third book, I’m excited to see what happens next!

The Twin is Back

This is the 2nd of 3 book series and recommend listening to Ghost Mirror 1st. In this book Dylan now 18yrs old and last yr. in High School when Derek this demonic twin returns. He seeks help for Becky again and enters Evelyn who makes him search for Liam AKA Dr Dark the hypnotist, there is a lot of twists and turns just listen to it. On to 3rd Grave Games

Again a very good story continuing on from the first book. A couple of years on Derek is back and Dylan must continue his fight To stop this maniacal demon from taking control of him and his life. Again the narrator John Pirhalla was Excellent.
Great job. AA++

I'm really liking these books, love the narrator too... Now for the 3rd in series!
my only negative.... wish they were longer!