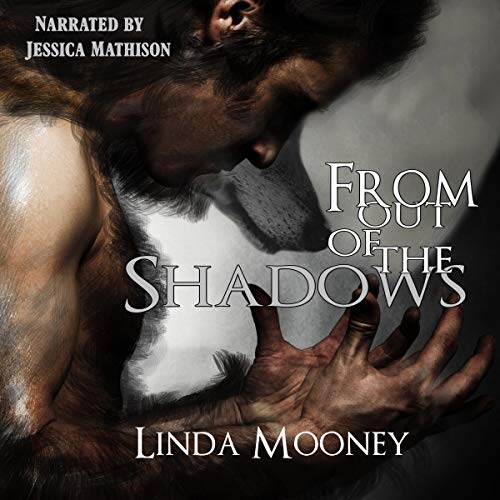 From Out of the Shadows

By: Linda Mooney
Narrated by: Jessica Mathison
Try for $0.00

Croat was a Lupan, one of the half-man, half-beast creatures long thought to be extinct or fabricated from fairy tales. Lupan were folklore, nothing more than a myth.

Tora was a Sensitive. Her kind really existed, and normal people feared Sensitives because it was common knowledge that all Sensitives were evil and practiced the dark magick.

Captured and thrown together inside Baron Agrino’s dungeon, they discovered a connection between them that defied all reason, and a love that transcended all boundaries.

What listeners say about From Out of the Shadows

This book had a very different approach than most contemporary shifter romances. First, these shifters didn’t shift into a common wolf form. They shifted into more of a “wolf man “ type beast. Their beast walked upright, on two feet, and was a combination of human and wolf. Their community was not referred to, as a pack, but just a village of Lupan people. They were described as humans with a gift that allowed them to transform into the alternate form, when the extra strength and more acute senses were needed, for survival. Unless they were close to death, due to starvation, dehydration or injury, their human conscious was always at the forefront.

In this romance, the hero was part of this lupan community. Eventually, he actually becomes the “King” of their community. In addition, this author didn’t choose to use the common pack rankings; ie Alpha, Beta, Omegas.... The Heroine came from a different group of humans that had different gifts. Her group was referred to as, “Sensitives”, however, their gift was similar to what has been commonly referred to as an empath; meaning they had the ability to read other’s emotions. The plot of this story is built around the premiss that these two groups have both been ostracized, misunderstood and savaged, because of their differences to “regular” humans. However, due to the fact that they both face the same enemy, they work past their differences and unite with all humanity to destroy the enemy, and procure a peaceful, prosperous life.

I really enjoyed the overall story and the underlying message, of the author; particularly during the civil unrest that has been being used by dirty politicians to manipulate the public, in our current time. (Thank you Ms Mooney, apparently this message has been desperately needed.) There were only two things that could have made my personal rating higher, more sensual heat😉 and the addition of a male narrator for dual or duet narration. This narrator tried to mimic a deep male voice, however, her vocal range made her attempts come across lacking good enunciation and vocal strength. It was really too bad because this production could have been so much more powerful. Nevertheless, it was a worthy listen.