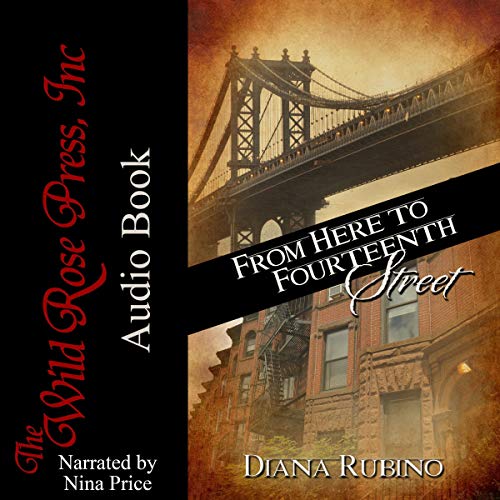 By: Diana Rubino
Narrated by: Nina Price
Free with a 30-day trial

It's 1894 in New York's Lower East Side. Irish cop Tom McGlory and Italian immigrant Vita Caputo fall in love despite their different upbringings. Vita goes from sweatshop laborer to respected bank clerk to reformer, helping elect a mayor to beat the Tammany machine. While Tom works undercover to help Ted Roosevelt purge police corruption, Vita's father arranges a marriage between her and a man she despises. When Tom’s cousin is murdered, Vita’s father and brother languish in jail, charged with the crime. Can Vita and Tom’s love survive poverty, hatred, and corruption?

What listeners say about From Here to Fourteenth Street

From Here to Fourteenth Street is a great start to Diana Rubino’s The New York Saga. I had the pleasure of listening to the audio version of this book. Nina Price did a fabulous job brining this book to life. Her performance was great. I enjoyed getting to know Tom and Vita and their families. It was fun going back in time to last nineteenth century New York I give From Here to Fourteenth Street four stars. I look forward to book two, Bootleg Broadway, to see what will happen next. I received this book from the publisher. This review is 100% my own honest opinion.