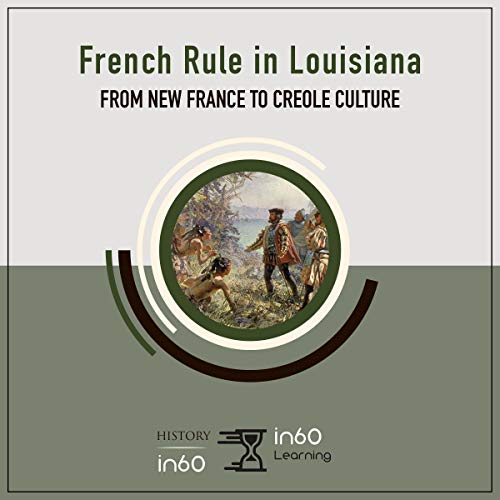 French Rule in Louisiana: From New France to Creole Culture

In American colonial history, the Brits had New England, but the French had New France. In the 1600s, the French began ruling the Louisiana Territory, which spanned from the Gulf of Mexico all the way up to parts of Canada. What happened between the British and French colonies sealed the future of the English-speaking nation we know today.

This audiobook details the rise and fall of New France, describing the role of the Seven Years’ War, Napoleon Bonaparte, and the Louisiana Purchase. Though French colonization ended more than 200 years ago, it left behind a distinct French flair and unique Creole culture that lives on in Louisiana today.

What listeners say about French Rule in Louisiana: From New France to Creole Culture

As with most of the books by in60Learning, this is a brief overview of a very complex history. The flow of the book is not very cohesive, jumping from place to place. If you are just looking for a brief touch of the extensive history of Louisiana, this is a good place to start. If you want something more indepth, skip it.

The narrator does a pretty good job, but I sped up the book in order to not get bored. He did a decent job with most pronunciations, but not so good on a few.

Very little historic narrative--instead of giving it cohesion, the author strings together facts and details (often jumping around in time) to deliver less memorable content than a YouTube documentary or podcast.