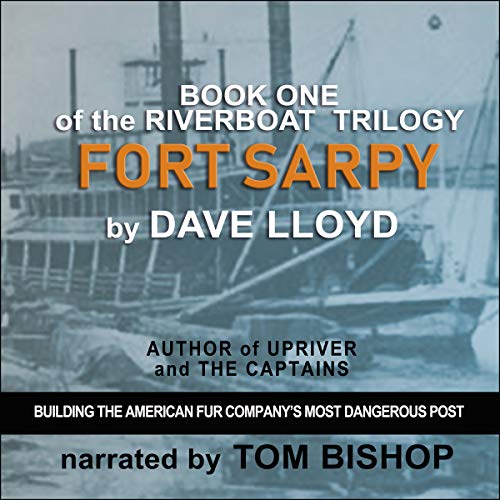 Fort Sarpy tells the story of the American Fur Company's most dangerous post. The fort was built on the Yellowstone River in 1850 for the trade with the Crow. At this time, the tribe was located in a triangle between the Tongue and the Bighorn River, with its northern boundary the Musselshell River.

In 1850, the Crow were a small tribe, at one time combined with the Gros Ventre before they split off in the 1700s. They'd been hit hard by the smallpox epidemic in the 1830s. Because of strong and numerous enemies - the Sioux, the Cheyenne, and the Arapahoe - the Crow had not had general access to the white man's trade goods unless they traveled out of their country, always a dangerous situation. Therefore, piercing this ring of foes and establishing a post for them was a precarious enterprise.

Riverboats were an ideal means of hauling white man's goods to trade for the Crow furs from the plentiful Montana wildlife. The job of establishing a post in Indian territory was undertaken by Robert Meldrum, a man who lived with and knew the Crows like no other white man. Caleb Shaw, the young man who goes with him to erect the post, becomes his able assistant and a full-fledged mountain man.

This audiobook is about Fort Sarpy, the American Fur Company men who dared to build it in the wilderness, and the Crow tribe, who owe their existence to its creation. This can be listened to as a stand-alone novel or enjoyed as the second in the series about the riverboats traveling the rivers of the Old West and the daring men who made the trips into the wilderness.

What listeners say about Fort Sarpy

This is the story of The American Fur Company’s most dangerous fort. The story takes place in 1850 on the Yellowstone River. This is book one, of a trilogy called Riverboat.

The book is well written and researched. It is a historical novel, but Lloyd was meticulous in staying with the history of the Fort. The characters are interesting and the pace is fast. There are mountain men, Crow, Blackfeet and Sioux resulting in an action-packed adventure. I cannot wait to read book two. This is my first time reading a Dave Lloyd book and listening to Tom Bishop narrate.

The book is nine hours and sixteen minutes. Tom Bishop does a good job narrating the book.