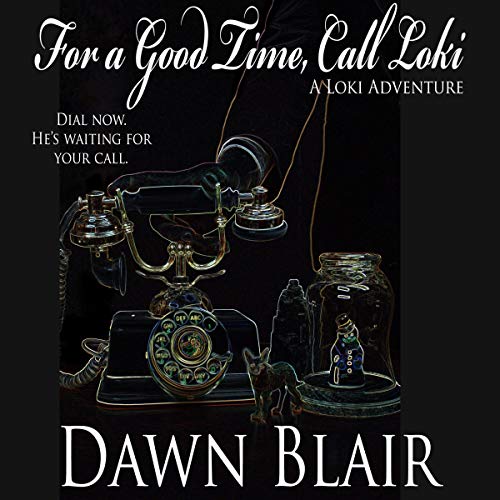 For a Good Time, Call Loki

He is Loki, Norse god of mischief, and he's been paroled to earth with the mission of sending transdimensional beings back to their home realms in order to save humanity.

His life isn't cushy, so it's a good thing he's rich. Still, he has his problems. His new car isn't perfect. He discovers there are nasty little gnomes living in traffic lights. He finds out his personal assistant is more than he claims to be, possibly an embezzler.

If that weren't enough, his son, who doesn't know about the conditions of Loki's parole, arrives in town. How is Loki supposed to entertain with limited powers? Of course, Heimdall accuses him of trying to be father of the year.

All he wants is an ordinary call with a normal case; you know, find the transdimensional, send it home, and collect a Valkyrie hair as his reward. But no, someone doesn't want it to be that simple.

Now, it's up to Loki to show them a good time.

This is the third novella in the Loki Adventures series. Please listen to 1-800-Mischief and For Sale, Call Loki before continuing with this story. Thank you!

What listeners say about For a Good Time, Call Loki