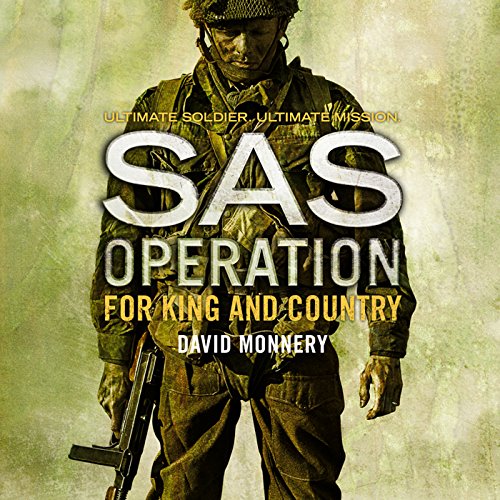 For King and Country

For King and Country

By: David Monnery
Narrated by: Sean Barrett
Free with a 30-day trial

Ultimate soldier. Ultimate mission. But will the SAS survive the Second World War, knowing that Hitler has torn up the rules of war?

Early 1944, and with the tide of the war flowing steadily against the Germans, the SAS - born in North Africa as a strategic raiding force behind enemy lines - is performing a similar role in the Italian mountains and French forests.

Here, after making common cause with local partisans, they are cutting rail and road links serving the frontline German armies. Hitler knows as much and is determined that the SAS will pay a terrible price for their efforts. His infamous Commando Order decrees that any raiders captured behind enemy lines, whether in or out of uniform, will be summarily executed.

Denied the safety net usually provided by the rules of war, the SAS embark on each new mission knowing that it will end either in success…or death.

What listeners say about For King and Country

The narrator did justice to an excellent story. It is so easy to go over the top with military fiction but this guy got it spot on. Fantastic. I just bought another of Monnery's novels and added the audio which is great value at £2:99