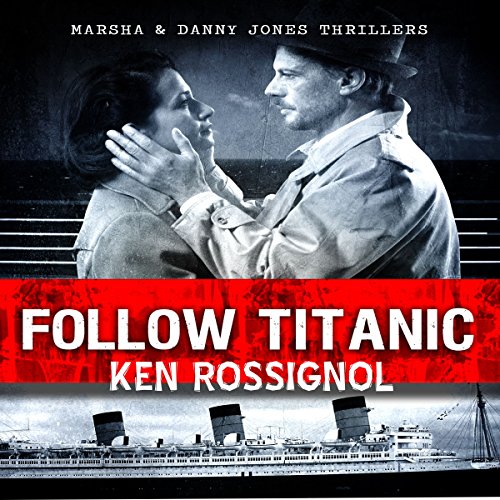 By: Ken Rossignol
Narrated by: George Ridgeway
Try for $0.00

The Sea Empress sets sail from Southampton on a trans-Atlantic cruise and two large storms force the ship to divert to a northern crossing. The Joan of Arc has just left the port with a ship full of thrill-seekers who are following the voyage of the Titanic 100 years after that disaster.

On board the Sea Empress once again are Marsha and Danny Jones, husband and wife team providing executive protection to the ship and her passengers. What could go wrong?

This audiobook weaves in a modern day thriller with one of the most chilling tales of the 20th century! Included with the latest voyage of Marsha and Danny Jones are a Supreme Court nominee, a bomb and Mexican drug cartel killers! Lots of action packed in a quick listen!

A Titanic background for a clever/fun mystery!

These likable characters are once again out on the high seas, solving mysteries. Going on a cruise is not just a holiday for these two. I have always been drawn to anything Titanic and this book had enough references that it played into that addiction. The narrator was good and helped bring the story to life. I definitely love this series..

Marsha and Danny Jones are two characters that I really like. They are clever and witty and bring a lot of personality into their books. The mysterious nature of the story was captivating and I loved the narration. It was a fun read altogether. This is my second Marsha and Danny Jones Thrillers and they keep getting better.

This is my first audio book to listen to to the end. I don't spend much time in the car, so it took a few days to complete, and I missed a good part when an incoming phone call interrupted the reader. A few of the action times could have developed more. No, I won't write any spoilers.