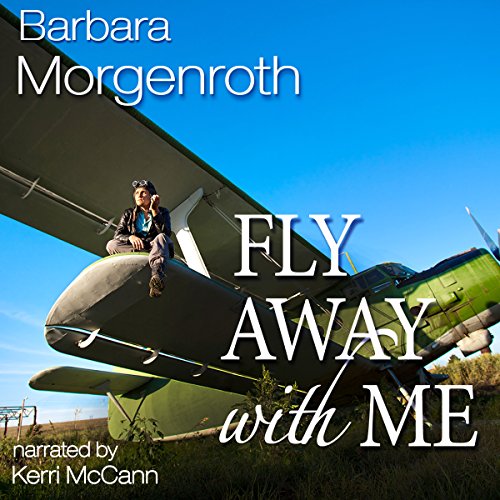 Fly Away with Me

By: Barbara Morgenroth
Narrated by: Kerri McCann
Try for $0.00

There is a conspiracy to force Lis Miller to date men so socially inept even their mothers doubt their marriageability.

A series of dates, each one more awful than the last, brings Lis to Jake, the pilot. In his tinkered together airplane, Jake flies Lis inverted to Block Island where she's treated to a gourmet meal of fried Mars Bars. Eager to escape the ceaseless matchmaking, Lis boards a jet to California. En route, the flight makes national headlines, and who's sitting in the cockpit? Jake.

With Jake in her world, life is more upside down than right-side up. But just maybe that's not a bad thing.

What listeners say about Fly Away with Me

The narrator brought the story to life. Her voice was clear and crisp. She made the story exciting.