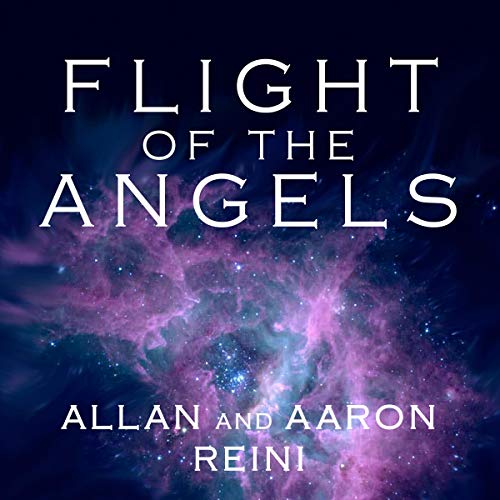 Flight of the Angels

By: Allan Reini,Aaron Reini
Narrated by: Ben DeBono
Try for $0.00

Religion is outlawed. On Earth and on colonies across the stars, those who cling to their faith are labeled "religious extremists" and forced into re-education camps.

Dex D’Felco never planned on getting involved. He was a rising star in the United Coalition Navy, an ace pilot in command of the “Angels” - the UCN’s most prestigious fighter squadron. But when he learns that a colony of religious refugees is under attack, Dex makes a split-second decision that costs him his once-promising career. Now interstellar fugitives, Dex and the Angels fight to survive against a force more terrifying than any of them could have ever imagined.

Meanwhile, Darik Mason, an ambitious junior executive at JenKore, begins to uncover a dark secret within his company. His search for answers sets him on a collision course with the Angels - with thousands of innocent lives hanging in the balance.

With its exotic locations, high-tech espionage, and thrilling space battles, Flight of the Angels is exhilarating and immersive, setting a bold new standard for religious science fiction.

What listeners say about Flight of the Angels