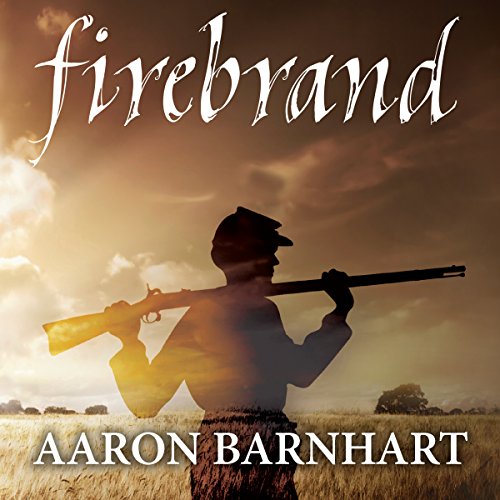 In 1855 the westward expansion of slavery was all but assured. Pro-slavery forces had swarmed the newly-opened territory of Kansas and packed its legislature. They had the support of all three branches of the federal government and the Army. Yet within two years, a ragtag free-state militia, led by a wild-eyed crusader named John Brown, scored a series of tactical victories that helped turn the tide in Kansas - while putting America on the path to civil war.

Of all the men in Brown's army, one stands out: the young Jewish immigrant August Bondi, a freedom fighter since the age of 14. With a scrupulous eye toward history, author Aaron Barnhart brings this remarkable story to life and shows how a young man's conscience, like John Brown's broadsword, can cut both ways.

From Vienna's barricades to bleeding Kansas to the Civil War, August Bondi was continuously engaged in the struggle for freedom for half of his young adult life. As an old man, he wrote down what he remembered, and author Aaron Barnhart closely followed Bondi's autobiography in writing Firebrand. Barnhart also drew upon the 1958 novel Border Hawk: August Bondi, by children's author Lloyd Alexander (winner of the Newbery Medal and National Book Award), to bring Bondi's story back to life.

The story begins in 1848. The Bondi family is leaving for a better life in America. But 15-year-old Anschl doesn't want to go. He's found his life's purpose in Vienna, fighting on the barricades against a tyrant king. In America, Anschl tries to put his past behind him, changing his name to August and seeking adventure aboard a Texas riverboat. But there is a new tyranny in his adopted land called slavery, and its presence all around him rekindles the fire in the young freedom fighter. It leads him to Kansas Territory and the adventure of his life alongside the notorious abolitionist John Brown.

What listeners say about Firebrand