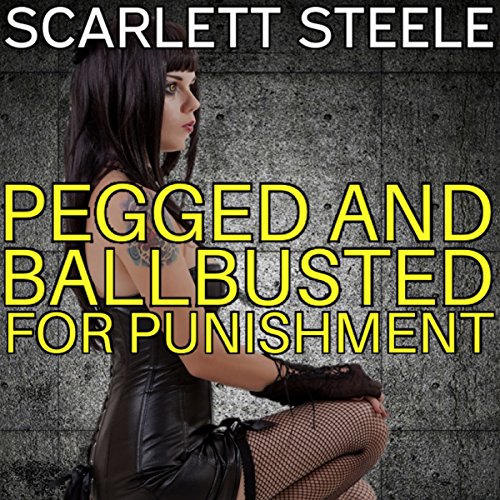 By: Scarlett Steele
Narrated by: Posey Clifford
Try for $0.00

Trapped, cornered, and pegged by the gang of femdommes!

A local jewelry shop run by a couple of females has had a spate of burglaries in the past few weeks.

The femdomme gang has picked up the news and decides to lay the perfect trap.

The seductive dommes plot to promote the introduction of higher-value gold in a highly publicized media event, enticing the male criminals to break in and attempt to steal the gold.

When they do, the cruel vixens are lying in wait...ready to unleash their own form of justice in the form of an unforgettable ball-busting session and the ultimate humiliation at the hands of their huge, lubed strap.

Switching between protecting innocent females, exacting revenge for those who were wronged, and committing crimes to fund their lavish lifestyles, the gang of 20 femdommes is spread across the city, with each member controlling her own territory, placing fear in the hearts and soul of every male.