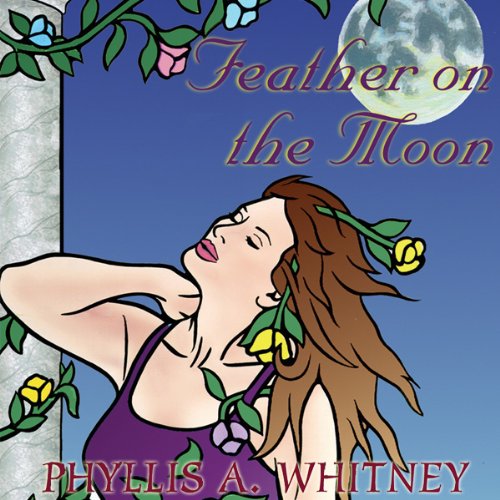 Feather on the Moon

By: Phyllis A. Whitney
Narrated by: Anna Fields
Try for $0.00

Jennifer still vividly remembers the day when, momentarily distracted, she left her three-year-old daughter, Debbie, unattended in a grocery cart. When she turned back, the child had vanished.

For seven years, there had been no sign of Debbie. Then one day, Jennifer receives a mysterious phone call from the wealthy Corinthia Arles, claiming that she has found her daughter. But when Jennifer arrives at Mrs. Arles' luxurious estate on Vancouver Island, the mystery of her lost daughter only deepens.

The sullen girl called Alice bears little resemblance to Debbie, and others claim that Alice is Mrs. Arles' great-grandchild and heir. Caught up in a maze of family intrigues and buried secrets, Jennifer faces a looming threat in her determination to uncover the truth about Debbie.

"A well-told story, one of Ms. Whitney's best." ( Chattanooga Times)
"Appealing characters and intriguing plot twists." ( Booklist)
"A wonderful story from the skilled pen of Phyllis A. Whitney. Her ability to capture and hold the reader from the very first paragraph is unparalleled." (Mary Higgins Clark)

What listeners say about Feather on the Moon

It was a good little story, but since it seemed modern, I kept wanted to scream, GET A DNA TEST PEOPLE!!! LOL!

Narrator is not good

I like the story ok, but the voice of the narrator will keep me from listening to any books read by her.

My favorite book by this author

Really good story, page turner. Wish I could know (some) of the people in this story.

This is my absolute favorite book of Phyllis Whitney, yet! It left me with a lingering warmth for Jenny and where she ended up after all she had been through! Fabulous!!!