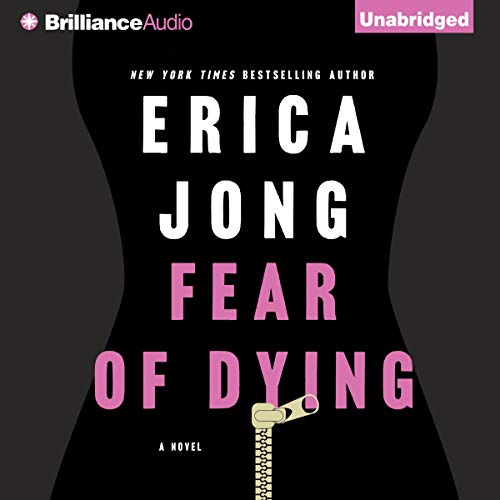 By: Erica Jong
Narrated by: Suzanne Toren
Try for $0.00

The iconic, bestselling author delivers her first book in ten years - and the sequel to the groundbreaking novel, Fear of Flying.

Fear of Dying is a hilarious, heart wrenching, and beautifully told story about what happens when one woman steps reluctantly into the afternoon of life. Vanessa Wonderman is a gorgeous former actress in her 60's who finds herself balancing between her dying parents, her aging husband and her beloved, pregnant daughter. Although Vanessa considers herself "a happily married woman," the lack of sex in her life makes her feel as if she's losing something too valuable to ignore. So she places an ad for sex on a site called Zipless.com and the life she knew begins to unravel. With the help and counsel of her best friend, Isadora Wing, Vanessa navigates the phishers and pishers, and starts to question if what she's looking for might be close at hand after all.

Fear of Dying is a daring and delightful look at what it really takes to be human and female in the 21st century. Wildly funny and searingly honest, this is a book for everyone who has ever been shaken and changed by love.

What listeners say about Fear of Dying

Where is the STORY???

Ugh. this book rambles down every weed-covered overgrown path in the freaking forest.. Just when I think there is a hint of story, we stumble into a ditch full of rambling about one topic or another or the character walks me though another boring dream sequence. Funny enough, she actually says at one point that she doesn't want to share a dream with someone because "they are boring to everyone [but the dreamer]. I listen to books while I walk my dog, and I find that my mind has wandered off to make my grocery list.

I was committed to finishing this book because I loved Fear of Flying in my own years of sexual revolution. I kept waiting for some real redemption.. There were hints of it and the language was certainly poetic and compelling at times. on the whole I found it to be a tedious account of the entitlement of the very privileged who cannot see the preciousness of life and the inevitability of death that comes when needing to embrace the daily realities that accompany service to others as a way of being in this world..For us middle class working folk, healthy old age. gray hair, wrinkles and all, is itself a privilege..Many of us figured out decades ago that sex and love are not the same and never even got to India

Not quite what I was expecting

I love audiobooks. I loved the narrator and the way she tells the story. I'm afraid that the story itself didn't convince me. The online affair that the promotional material for the book speaks about is not that relevant in the story. The character doesn't really get there, she just passes by superficially and continues with her life as it was. I think that all the online dating stuff was added only to attract a younger audience. The character depicts online dating as freakish and unreal just after one weird experience, forming a prejudice that allows her to go back to her monologues and her comfort zone.

main character had zero redeeming qualites, disliked her so much! she's shallow, narcissistic and dumb.

Found it interesting and boring at the same time.

While the story had gems in it, they were too few and far between. It was hard for me to relate to the characters. The insights were too drawn out and some of them didn't make sense. I felt it was a self examination more than a story. It lacked dimensionality.

female angst, loss, love and obsession with oral sex ay age 60. didn't we deal with this in our 20s and 30s?

I absolutely hated the first chapter of this book. It is raw and unnecessarily rough. It almost scared me off. The final chapter, by contrast, was exhilarating! I think you will love the journey from the first to the last as much as I did. This book deals with sex over 60 and the death of aging parents and other loved ones. It's not for everyone but it certainly was for me.

HOW TO BORE SOMEONE WHILE REALLY TRYING

This is one of those audiobooks that I was compelled to give up on, even though I lasted to the middle I kept falling asleep with this poor excuse of a novel. Yadda, yadda, yadda; saying nothing we didn't know already.

Erica Jong is a great writer

The subject matter of "death" is a little gruesome but her writing is so lyrical it draws you in and you realize there is so much you will identify with personally if you are a Baby Boomer.
Very contemporary storytelling from a master of the english language.