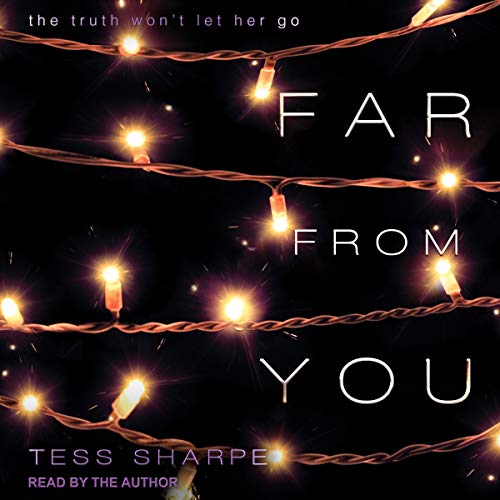 The first time, she's 14, and escapes a near-fatal car accident with scars, a bum leg, and an addiction to Oxy that'll take years to kick.

The second time, she's 17, and it's no accident. Sophie and her best friend Mina are confronted by a masked man in the woods. Sophie survives, but Mina is not so lucky. When the cops deem Mina's murder a drug deal gone wrong, casting partial blame on Sophie, no one will believe the truth: Sophie has been clean for months, and it was Mina who led her into the woods that night for a meeting shrouded in mystery.

After a forced stint in rehab, Sophie returns home to a chilly new reality. Mina's brother won't speak to her, her parents fear she'll relapse, old friends have become enemies, and Sophie has to learn how to live without her other half. To make matters worse, no one is looking in the right places and Sophie must search for Mina's murderer on her own. But with every step, Sophie comes closer to revealing all: about herself, about Mina - and about the secret they shared.

What listeners say about Far From You

Suspenseful! It was hard to put down!

This Beek is awesome, it is fill of suspense, twists&turns, you NEVER saw coming. I absolutely LOVE the way the author goes from the present time, then the past. It flows seamlessly. I highly recommend this book, especially if you like suspense, todded in with crime & touching on addiction (in a way that speaks to me, when people assume things they are dead wrong about)
It's a touching story. There's love, hope and determination for the truth! This was a very well written, suspenseful, just an all around great read/listen... It definitely keeps your interest.

A great story with pitch-perfect narration. I expect to buy Sharpe’s work until the end of time.

this was simply a great book. a 67 year old grandfather. I will recommend this to the young adults in my life.

Love this story. I was quite surprised on whom was responsible for all the chaos. I admire Sophie for her determination and drive, the friendship and love between the girls. How the her family reacts to it all. So real and relatable. It’s a must read/listen. The authors voice is nice and she delivers the story well as it develops. I’m pleased to say this one gets 2 thumbs up.

This book was incredible and heart wrenching and even better than I had expected it to be! I was guessing every step of the way and my guess still ended up being wrong which I love! frantically well written and narrated!

Good but not great, however, I was able to finish and that’s a plus. Would recommend

Everything I was looking for.

I loved this book from start to end! You will not be able to put it down!!