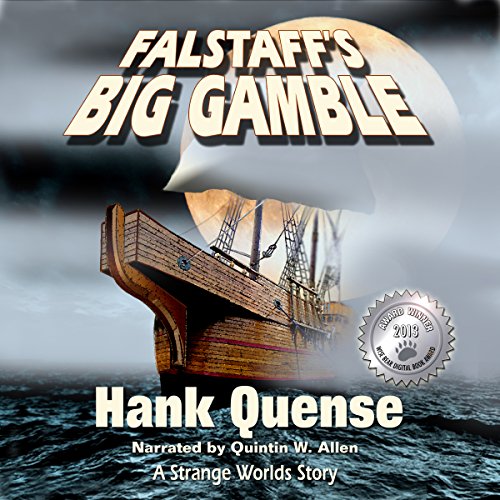 By: Hank Quense
Narrated by: Quintin W Allen
Try for $0.00

This novel is Shakespeare's worst nightmare. It takes two of the bard's most famous plays, Hamlet and Othello, and recasts them with fantasy characters in a place called Gundarland. Hamlet is a dwarf and Othello is a dark elf. Iago and his wife, Emilia, are trolls. If that isn't bad enough, these two tragedies are now comedies with Falstaff, Shakespeare's most popular rogue, thrown in as a bonus. Both Hamlet and Othello are plagued by the scheming Falstaff, a human. Not familiar with Shakespeare? No problem. You'll still enjoy this romp.