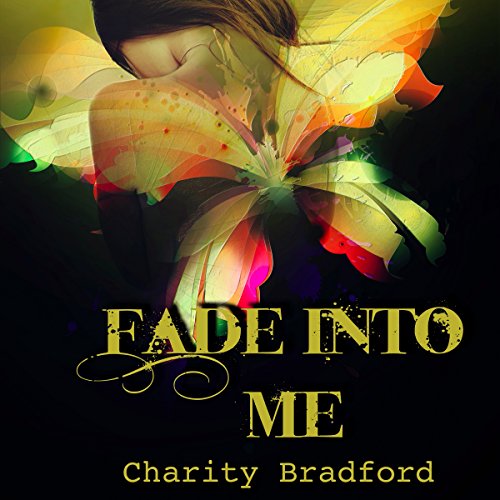 By: Charity Bradford
Narrated by: Tia Sorensen
Try for $0.00

Aliens live among us. Their purpose: to protect and nurture their greatest mistake - mankind.

Caeden Frey doesn't believe humans will evolve to see the magic, much less control it. Even so, he has two months to marry a human or face the wrath of the High Council. Bitter about a responsibility he thinks prevents him marrying for love, he figures any human girl will do. He's ready to propose when his soul mate stumbles into - and right out of - his arms.

Human Ryanne Killian might be Caedan's one shot at happiness while still fulfilling his duty. Unfortunately, she guards a dark secret. She's determined to push Caedan away to protect him from her past.

Caedan must convince her she's worthy of his love before a rival family puts an end to his wedding plans. If she can see her own worth, she just might save herself and his people.

What listeners say about Fade into Me

Too Heartbreaking to Love

Source: I received this book free in return for an honest review.

SERIES INFO:
This book is standalone and no sequels are currently planned.

SUMMARY:
Some information about Ryanne's "secret" was given early in the book, and I really wanted to stop reading because of the callous way her "best friend" acted about it. But I kept reading, and I am not sorry I did.

The central romance was cute & sweet while, magical soulmates with extreme wealth aside, managing to not be too unrealistic.

More information about what happens to Ryanne comes at the end. I found it very devastating and won't be listening to any of the parts about it ever again.

CHARACTERS:
Ryanne: She has some serious issues, which are totally understandable. But she manages to find her strength.

Caedan: I don't like his habit of manipulating human emotions for his own convenience; even if he doesn't believe he is causing any harm, it isn't right. I also don't like that he didn't respect her refusal to dance. However, he is not a typical bad boy jerk. He wants to make their relationship work, he just doesn't have a clue how to do that.

HIGHLIGHTS / CAUTIONS:
--I love the realistic emphasize on the fact that just because you find your soulmate doesn’t guarantee an instant HEA. It is made clear that any relationship requires work, care, and openness.

--And Caedan's mother calls him out for behavior that is all too typical in YA literature:

"All you've done is tell her what to do. What do you know about her as a person?"


CAUTIONS: As stated above, Ryanne's "secret" is devastating. The incident itself is never fully described; but nevertheless I was disturbed for days, especially by the final revelation. As the author relates, in the bonus interview, this was based on a friends real life experience, which only makes it worse. Anyone who might have sexual assault triggers should approach this book with care.

NARRATION:
This audiobook has very long “chapters.” That can make it difficult to find something you are looking for. / Her voice is nice. She doesn’t do a lot of emoting or differentiating of voices, which doesn’t bother me but some people might be not like. A bit more problematic is the pacing of the non-dialogue parts which doesn’t vary much. / I listened on 1.25 speed (my usual)

This was an awesome story! Handsome man, beautiful woman different dimensions what more could you ask for. I love that magic draws them together, I hate that she does not have enough confidence in herself to go for it. She went thru horrible things and had faith in a man she should not have at all. In the end It takes her being kidnapped by an unscrupulous person for her to realized she loves someone and has the ability to do what needs to be done in order to be with him. It was a very sweet story and ends on a good note. Now what happens with her sister? I will hopefully see another book that will answer that question. The narrator did an ok job, she could have put a little more emotion into it and changed her voice more to cover the male portions.

I received a free copy of this audio book from Story Origin for an honest review.

It was a fun story! I enjoyed the alien world aspect and the whole seeing colors and the nods to myths we know as a way to explain the alien history. It was fun to envision magic and things we normally associate with fae in an alien perspective.
I did find Caeden to a bit presumptuous and just wanted him to back off at times haha and was glad Ryanne finally found her strength. The narration did make it a bit hard to follow as there wasn't much variation in characters tones but eventually was able to follow well enough. Overall, I enjoyed the story and the world Charity created.
***
No explicit language! Yay!
A few kisses and references to sexual desire but nothing explicit. It does get a bit intense with Ryanne's abduction and references to her rape and beating. One minor character is assumed to have gotten pregnant in high school.
Violence is minimal.
References to being drugged (though it was only magic and the affects of portal travel) and a few scenes involving alcohol.

This was a good science fiction story about how humanity came to be and the people that created the humans. They live in another dimension. It is also a love story. There was quite a lot of adventure in the story that kept me entertained. I would have liked to see a few of the themes developed a bit more. This is a full length book but I could see it being a bit longer. The feelings that develop between Caeden and Ryanne seemed believable. But I would have liked to see more interaction between the two of them. Especially with Caeden helping Ryanne explore the magic. I liked both of their personalities. Ryanne was a bit stubborn but that is understandable based on her life experiences.
I listened to this in audiobook format. The narrator has a very pleasant voice which is important to me. However, despite it being announced from whose perspective the story was being told from it was difficult to determine who was saying what at times. And the story felt a little choppy. Despite this I enjoyed it and would recommend it. I would look forward to reading or listening to more like it.

The storyline has so much potential, but all the author circles around is the main character's inability to love herself. Through the entire book I keep on waiting for something epic to happen to make the love story to become believable, but there's nothing to show at the end of the story to even indicate that the couple have anything in common or share anything special that would allow them to share live together. I am quite disappointed.

I enjoyed reading and listening to this book. All of us have feelings of low self esteem at times, but this book reminds us that we can be whoever we dream to be. Thanks, Dorothy