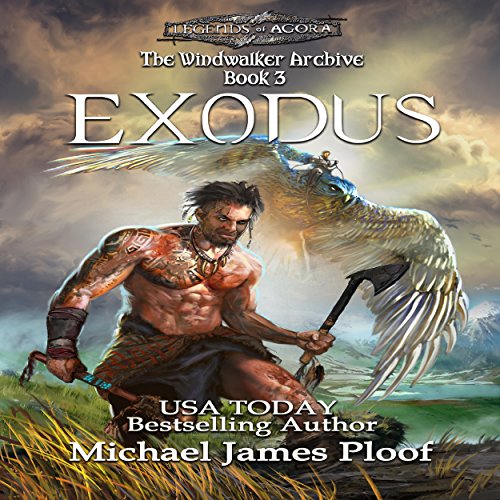 The ex-slave ship Freedom travels east across Agora's southern seas. Talon has set his sights on Belldon Island, where it is said that Akkeri is being kept by the royal family. He plans on sailing as far North as the Strait of Shierdon before heading south by land to rescue his love. But it seems that the gods have different plans for him, as does the King of Shierdon.

After an attack at sea by a mysterious and powerful foe, Talon finds himself at the center of a large-scale political game. He soon realizes that if he can play the game right, not only will he have a chance to free Akkeri and the Skomm, but he just might be able to gain his people a land of their own.

First, however, he must convince his estranged father to fight beside him against Chieftain Winterthorn and his son, the hated Fylkin.

What listeners say about Exodus