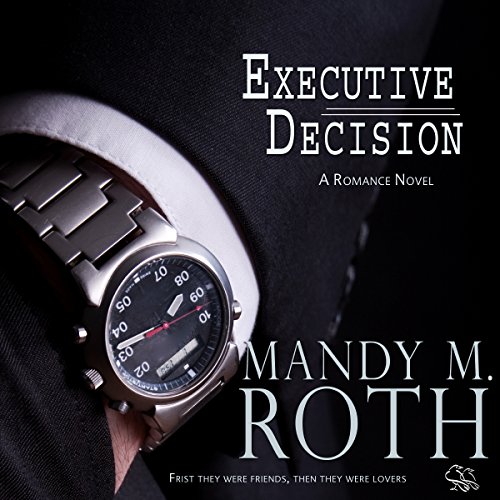 The bright lights of the big city called to Liz Rogers. Her best friend and almost roommate, Dale, helped her make the transition from small town girl to big time ad executive. They work together and nearly live together. For eight years he's been her rock, her sounding board. As Liz starts breaking off one workplace relationship, another one - that has been brewing since the first day she arrived in New York, blossoms - leaving her confused and concerned. She'd been burned once by love and isn't willing to risk her heart again, especially not to a man who was raised with a silver spoon in his mouth.

Dale Corbins has been in love with Liz from the moment he laid eyes on her. He knows time is running out, that one of these days she's going to come home and tell him she's fallen for someone else. When he finds out she's been sleeping with their boss, he decides it's time to take matters into his own hands. Unfortunately, winning Liz's heart isn't an easy game to play. It will take more than romantic gestures and sweet nothings to get the woman he loves. Thankfully, he's a very persistent man. But is this a game even he can't win?

Warning: Contains graphic sex, frank language, a chick who isn't afraid to call it like she sees it, a sexy best friend who just happens to be a guy, friends who mean well, and family members who just can't help but stick their noses where they don't belong.

What listeners say about Executive Decision: Falling for Him, Book 1

A best friends to lovers trope is the centerpoint of this story, and while I really did like Dale, I was rather on the fence about Elizabeth. These two have been friends for years, in fact Dale is her roommate and shoulder, and occasional ‘safety switch’. He’s pretty carefree and open, and he doesn’t make his admiration of her a secret, but she hides behind the ‘I’ve been hurt’ barrier.

When Dale decides that enough is enough, and wants to make his intentions clear – their connection is off the chain, but her immaturity and constant need to bicker was annoying and thoroughly frustrating. While there was some solidity to their friendship, I couldn’t fully buy into his attraction for the longest time, her behavior was so conflicted unless or until it suited her to be loving and kind.

Narration in this story is provided by Sarah Van Sweden, my second encounter with her work. While this was a smoother narration than the first I’d listened to from her, there are still moments where her overly definite enunciation distracted from the flow of the story, although it was an issue quickly sorted with what appeared to be increased comfort with performing a narration and not simply reading.

The story does dance about a bit and emotionally runs the gamut from wanting to get a cold drink after sexy time to wanting to bash Elizabeth (and occasionally Dale) over the head with a cast-iron pan to halt the bickering. Believe me, you will want LOTS of ice handy, this is erotic romance with some seriously hot and inventive scenes, a trait Roth has down. A few late additions ramped up the tension, almost unnecessarily, and perhaps introduced characters to follow in later installments. If you are a fan of friends to lovers and like a story with steam – this is the book for you. Overall it was an enjoyable getaway as Roth played my patience and emotional response to the characters with precision.

I received an AudioBook copy of the title from the publisher for purpose of honest review. I was not compensated for this review: all conclusions are my own responsibility.

Give it some time to grow on you

Would you listen to Executive Decision again? Why?

Probably not. It was a nice story to read and I enjoyed it but there wasn't a lot of depth that would warrant a re-read to pick up lost details. Also, I hated the first couple chapters. Almost stopped listening but it picked up and got me solidly bated around Chapter 3-4.

What other book might you compare Executive Decision to and why?

Remove all the sexy-smexy of Christian Grey - make Grey a good lifetime older (~15yrs). Also, remove the BSDM elements. Ahh.. there we go. Getting closer. Now, pretend Ana dumped Grey and got with her sexy bff Javier instead (only in this story, said bff is really an uber-rich metro dude - but still handsome). That's kind of the closest I can get with what I've read. At first, her guy friend bff reminds me of Sebastian from Cruel Intentions. Gorgeous, woman magnet, rich, playboy, but deep down - he only wants THIS one woman "Liz-B".

Have you listened to any of Sarah Van Sweden’s other performances before? How does this one compare?

Nope. I didn't like some bits of how Elizabeth was portrayed (the attiutude/tone) but it may have been a directorial choice outside of my knowing. Otherwise, I think she did great. I'd listen to another one of her books.

Heck, no. Not sure how people can do that. I listening in chunks over 4 days.

I think more could have been done if her Ohio paramore had come into the picture sooner. His name was talked about but it was just conversation. He wasn't a person until the last few chapters. It made me wonder if the author would at some point, write Dakota's story. I don't know... it just seemed like there's more to flesh out with that character. Perhaps Liz/Dale's story wasn't the place to insert the start (in detail) of Dakota's.... guess time will tell!

Engaging story of learning to love!

Would you listen to Executive Decision: Falling for Him, Book 1 again? Why?

Definitely! Great story and Sarah Van Sweden was a joy to listen to.

Dale, despite his stupid moments, he was such a caring and patient character

yes and I did!

Engaging story of two people in love but afraid to own up to it, mostly for fear of losing the other, both Liz and Dale have to fight through, past heartache, jealousy, fear of commitment, social stigma, and stupid little digs from the other not meant to harm but did, to embrace the fact they love each other and can't live without the other. Lots of laugh and cry moments and characters I'd love to get to know delivered in and enticing story I couldn't leave till the end!Sarah Van Sweden was a delight to listen to, great voice, wonderful job in differentiating the characters and fantastic way of getting the emotion across as she read.

What was one of the most memorable moments of Executive Decision: Falling for Him, Book 1?

I loved the club scene. Liz and Lauren are very intoxicated and things come to everyone's attention that make you fall in love with Liz even more. It also makes Dale realize what a butt he has been without even knowing it...on top of things he knows he has done/said.

It is hard to pick a favorite. My top 3 are the club scene, the dinner at his parents and when she is jogging back home with Cindy.

Yes, it was. In fact it only took me 2 sittings to listen to the entire story. If my trip would have been longer I would have accomplished it.

Sarah Van Sweden did a good job with the story. There were only a few times where I think she read Liz's lines or thoughts in her Dale voice. She did a great job creating different distinct voices for each character.

This is the second book ive listened to without having read it in some other form and i have to admit it took some getting into but once i did i was hooked, i would love to see more of this series.

this is my first non-paranormal from this author..she is one of my favorite and love her writing...this book was great..great characters, great story..

Ms Roth does a great modern romance too. This is a prime example. Country girl turned city exec, Liz, has a best friend, Dale. He's wealthy, practically lives with her and is in love with her. She isn't into relationships, she has friends with benefits--in this case a boss with benefits. When Dale finds out he ups his game and decides to change their relationship.Liz is no pushover. She makes it in a man's world, not because she is sleeping with the boss, but because she is good, tough and works damn hard. She's also afraid to have a real relationship. She's been hurt and doesn't talk about it to anyone.

Just as Liz feared, taking that step up changes their eight year comfortable living situation. She's has denied her feelings for years and he is making her face them.

Their new realizations make a real see-saw life for them both. Friends, families, lovers, and living situations all change and emotions are raw. The heat factor is steamy. There is so much humor, and real emotional growth for the couple and their friends. I wondered if they would get through it, but I couldn't stop until I found out and you won't be able to either.

awesome book took office romance to a better height for me. the love the two had was perfect

Yes, the narrator was smooth, no hiccups. I really enjoy audio books because it allows my hands to remain free so that I can work on other things while enjoying a good story.

What about Sarah Van Sweden’s performance did you like?

you can get out of the friend zone lol

Would you consider the audio edition of Executive Decision: Falling for Him, Book 1 to be better than the print version?

I don't know I went straight to the audio and LOVED it.

What does Sarah Van Sweden bring to the story that you wouldn’t experience if you just read the book?

Sarah has a great voice, one you can get list in so much it's like your listening to a few people lol.

Yeah I found it fun.

I get story. It kept me highly interested in the plot line of the story and what was going to happen next. Normally I am a paranormal romance girl but this book was great.