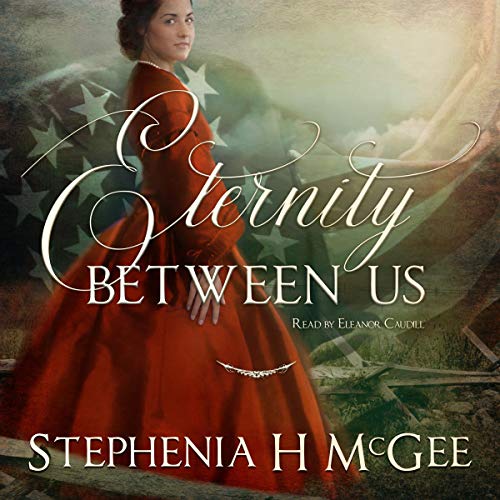 Two sides. Two hearts. And a gulf between them as deep and wide as eternity.

"This tale brings a turbulent time to life with nuance and sensitivity." (Jocelyn Green, award-winning author of the Heroines Behind the Lines Civil War series)

After being forced to use a pistol against invaders, Evelyn Mapleton is no longer the timid girl her extended family expects. The more her aunt and cousin resent her new independence, the more Evelyn is determined she'll make her missing father proud by taking up his cause and aiding Confederate soldiers, even if she has to outmaneuver the Yankees guarding her home to do it.

Samuel Flynn's life is consumed with two priorities: learning to become a proper guardian for the young orphans he's adopted and obtaining his physicians license. When his final testing sends him to a Federal Army field hospital, the last thing he expects is to be entranced by a mysterious woman. But when Evelyn's misguided exploits put her life in danger, will he risk everything he's worked for to save a woman he thinks is his enemy?

Based on first-hand accounts from the Civil War and with a strong romantic thread, this is a tale of faith, espionage, hope, and courage historical fiction fans won't want to miss.

What listeners say about Eternity Between Us

Love this story! The historical note at the end made me love it even more. I wish I could give more than 5 Stars! I love when an author uses actual historical facts & places to create a wonderful story. Stephenia H. McGee does just that in this romantic drama.

Evelyn is a complicated woman. She longs for approval and love from her father and her family that he left her with. She gets mixed up in some dangerous situations when War comes to her front door.

Samuel is a kind hearted and principled doctor nearing the completion of his studies.

A faith filled story I certainly enjoyed. I listened to this in one sitting. Pressing pause only to tell people that I was listening to a book and they would have to wait.

Favorite line; "... perhaps love was enough to bridge the divide..."

*My thanks to the friend that sent me this book as a gift.

This book has been super high on my TBR pile since before it was released so I was excited to finally get my hands on a copy of the audio version through audible. I thought the narrator did an incredible job and successfully grasped the energy and emotion of the story.

I was introduced to Stephenia’s writing last year when I read her book Her Place in Time. Since then I’ve added the rest of her books to my TBR pile. I really appreciate her ability to draw the reader into the story in a way that you feel as if you are standing in the midst of the characters.

For once I can share one of my favorite moments in a book without it being a spoiler. My favorite scene in this book was when Evelyn invited herself to a local get-together and when approached about her presence she changed the subject by complimenting them on their bookshelf. This is wise advice that made me chuckle. I now know what to do in the event I want to crash a party! 😉

I appreciated the author’s ability to share the story from a unique perspective. War is a violent, turbulent ordeal. When it comes to the Civil War it wasn’t uncommon to hear of families and friends divided by their loyalties. Today we are taught that the war was fought strictly over slavery, but when you investigate deeper there was certainly more to it as well. Stephenia has approached these topics with both honesty and sensitivity.

This story was quickly able to grip my attention and held me captive until the very end. I really love Stephenia’s writing and can’t wait to read more from her in the future. I can’t recommend this one enough!

The book was captivating from the beginning to the end. Good story & well performed What makes it even better is that it is based on real incidences

Well researched, great character development, and plenty of excitement. I love everything about this book!

I have read several of Mrs. McGee’s novels and I was anxiously waiting for this one. I really enjoyed the great narrator that put feeling into her reading. A Civil War story with word descriptions to make you feel like you are there. People on opposite sides of the war and a spy ring. What better story is there? I also loved that the heroine Evelyn was not a wimp. Being a strong woman she did things that a weak lady wouldn’t have done. Now I liked Samuel too because I like a good heart in a man. Lesser men wouldn’t have done some things Samuel did. A good romance, danger, intrigue, faith and hope is in this historical story. If you like Historical Fiction don’t miss this one.
I received a complimentary copy of this book and was not required to write a positive review.