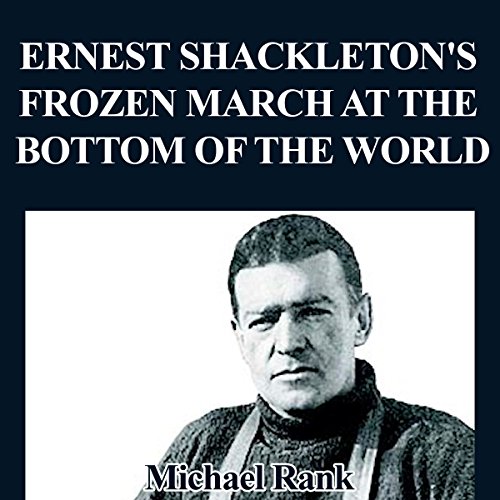 Ernest Shackleton's Frozen March at the Bottom of the World

Ernest Shackleton's Frozen March at the Bottom of the World

This short history audiobook features the story of Ernest Shackleton. He was among the last of a group of intrepid men from the Golden Age of Discovery in the Victorian era. He sought honor for England and himself in embarking on a dangerous journey to lead a team of men to cross the Antarctic continent.

His story approaches the outer limits of plausibility. Few had his perseverance. When Ernest Shackleton's ship, Endurance, was destroyed by South Pole sea ice, the crew had to continue on three row boats, camp on ice sheets, and subsist on sled dogs and seal blubber. They were at sea for 497 days until landing on Elephant Island, which was completely deserted and isolated. Shackleton sailed a small lifeboat across 800 miles of violent sea to South Georgia Island to obtain a rescue vessel. He and the four men returned and rescued the 22 men left behind.

This audiobook is a selection from Off the Edge of the Map: Marco Polo, Captain Cook, and 9 Other Travelers and Explorers That Pushed the Boundaries of the Known World.