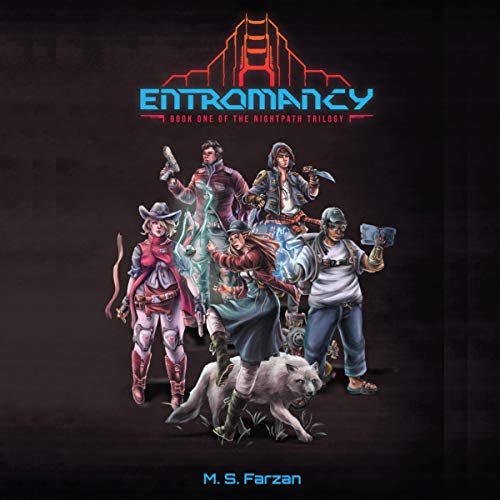 The year 2076 is not a good one to be a special agent. A quarter of the world's power runs on ceridium, a newly discovered element that has had the unintended consequence of spawning a new race of people and several forms of magic that were once thought to have been forgotten. Eskander Aradowsi is an agent of NIGHT, a paramilitary force created to contain and control this new perceived threat, but he soon learns that not all within his organization is as it seems. A botched mission turns out to be the least of his troubles when he unearths a plot that threatens the uneasy truce between the aurics and humans of San Francisco and centers on a form of magic that toys with the very fabric of the universe: entromancy.

What listeners say about Entromancy

This book was recommended to me by a friend. Very enjoyable plot. Narrator did a wonderful job portraying each character and kept things lively. I would highly recommend this book. Looking forward to the next one.