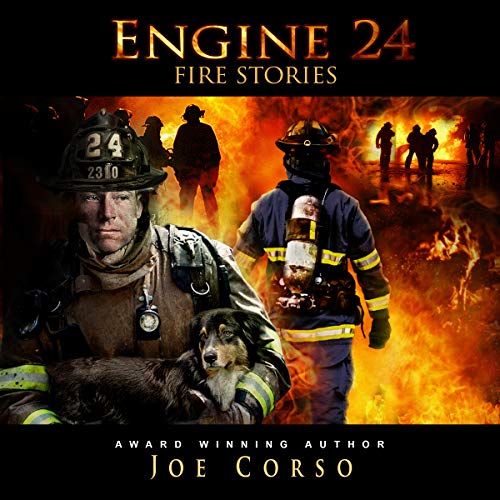 By: Joe Corso
Narrated by: Al Benelli
Free with a 30-day trial

Every firefighter has a treasure trove of interesting stories to tell, and the stories more often than not are instructional, as well as exciting. When I was a firefighter, I kept notes of the fires I responded to. Now that I am retired, I have reflected on my career as a firefighter and have written a second book about the men alongside whom I worked, facing dangerous situations daily.

This book is a compilation of eight short fire stories written between 1963 and 1972, from notes I wrote after returning from fires. The first story explores the emotions felt when reporting for duty for the first time - the same emotions felt by all firefighters throughout the world on their first day on the job.

An inexplicable bond forms between men and women who face danger on a daily basis and who have been tested - and have passed the test. From the combat soldier, to the policeman and the firefighter - a bond of love and trust has formed that will last a lifetime.

More of the greatness started in Volume 1

What made the experience of listening to Engine 24 Fire Stories 2 the most enjoyable?

The history... Joe Corso brings the history of everything from the military use of fire... to the meaning of the Maltese Cross, emblematic of the world's fire services... to the evolution of the volunteer fire-gangs of old NYC into the famed NYFD. The color is brilliant.

What was one of the most memorable moments of Engine 24 Fire Stories 2?

The fighting of a multi-alarm fire from "inside" as told through the eyes of the firefighter who was right there... at the nozzle... with his NYFD brothers at his "six". If you love fire stories... it just doesn't get any better...

When Joe and is buddies confront a "dirty" firefighter who was shaking down local business and building owners on his fire inspections. The way they handled that situation and the ensuing solution made me feel proud to be a New Yorker. It wasn't the excitement of a fire but the "politics" of corruption and the way honest men handle it. Meeting Serpico didn't hurt either.

A perfect sequel to book One... with none of the expected "let down". The excitement and intensity remain at the same level as the heat!