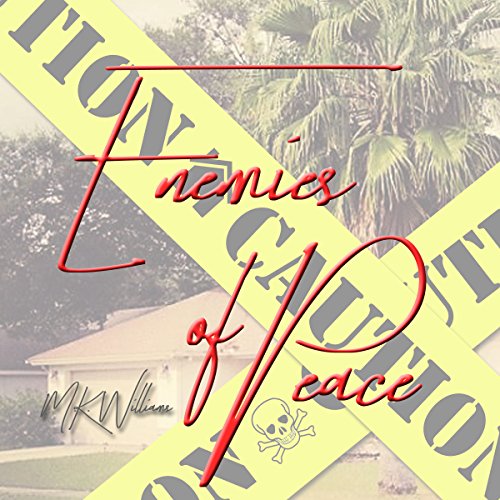 Enemies of Peace literally starts with a bang: an explosion of a house engulfed in flames, captured on video by two teenage girls.

In the summer that led up to the explosion, the Hydroline Corporation hired Timothy Lawson and his firm to represent them in a class-action lawsuit. While juggling his caseload, he and his wife Cynthia decide to buy their first house. It should have been the happiest summer of their lives. Nevertheless, their date with death was looming.

Or, could it be the quiet neighbors next door, the unsuspecting extremists living in American suburban splendor?

What listeners say about Enemies of Peace

Really fun read. First time ever reading a thriller type book. Turned on because of the FIRE talk around the book. It seemed a bit predictable, but maybe because I felt like I knew the ending already? Don’t get me wrong. Very enjoyable nonetheless! And hard to hit pause.