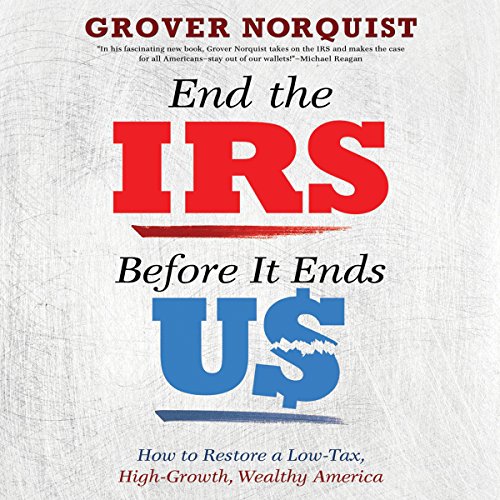 End the IRS Before It Ends Us

End the IRS Before It Ends Us

As the recent scandal shows, the IRS is big, bad, and out of control. Grover Norquist analyzes the problems within the agency and presents solutions to rein them in.

Norquist has a plan for cutting taxes for working Americans and for the major corporations that are fleeing for foreign shores. As president of Americans for Tax Reform, Grover Norquist is the go-to expert on taxation. Now Norquist makes the case for a major tax reform, including a possible flat tax. On the current path, America will coast through inertia to ever-growing government and taxation, as entitlements consume more of our national economy. Norquist presents an alternative future where government spending is reformed and taxes and the IRS radically curtailed. End the IRS Before It Ends Us lays out what taxation in America should look like. Norquist offers a solution where America thrives, and Americans keep their hard-earned cash.

Great book everyone should read or listen to.

Very Informative. At times hard to understand (while listening at work) all the facts presented. I will also be buying a physical copy so I can gain a more profound understanding of the material.

Lots of great facts, both historical and contemporary. Great ideas for how to approach and overcome some serious issues we face.