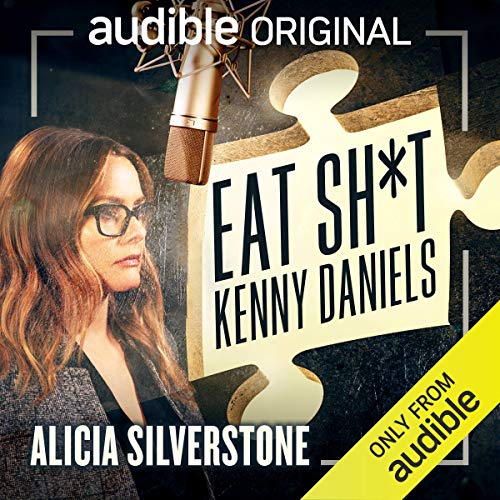 Alicia Silverstone is perhaps best known for her generation-defining turn as Cher Horowitz in 1995’s Clueless, a performance that won her national fame and the National Board of Review Award for Breakthrough Performance. Since that big break that made her a nineties critical darling, Silverstone went on to star in films including Batman & Robin, Excess Baggage, Beauty Shop, Stormbreakers, Love’s Labours Lost, Hideaway, Scorched, Bad Therapy, The Lodge, and Valley Girl. She’s also had great success on the small screen, lending her talents to television shows ranging from ABC Family’s animated series Braceface (for which she received a Daytime Emmy nomination) to NBC’s Miss Match (which earned her a Golden Globe nomination) to ABC’s hit Suburgatory. She’s also a standout in Netflix’s adaptation of The Baby-Sitters Club, in which she portrays Kristy Thomas’s mother Elizabeth Thomas-Brewer. A dynamic and well-connected fixture in the acting, political, and scientific communities, Silverstone is also a dedicated activist. She released her first book, The Kind Mama: A Simple Guide to Feeling Great, Losing Weight, and Saving the Planet in October 2009. After the success of that title, which became a New York Times best seller, Silverstone released a second book in April of 2014 entitled The Kind Diet: A Simple Guide to Supercharged Fertility, a Radiant Pregnancy, and a Healthier, More Beautiful Beginning. Also a health-focused entrepreneur, Silverstone founded the mykind organics vitamin line, which is the first ever food-based, organic, non-GMO vegan vitamin.
Photographed by Fran Collin

From iconic memoir to far-out fantasies, check out our list of the 20 best audiobooks read by their author.

Katy Perry is cray cray, but I was up for the ride and it did not disappoint! Alicia Silverstone did a great job of narrating, and the twist and turns of the story kept me coming back for more. Well done!

Screaming and over acting that added nothing to the story. The plot was OK but the performance was so annoying i couldn't finish any of the episodes.

I absolutely loved this listening experience. This story is hilarious, the voice actors amazing, and it left me wanting more episodes. I highly recommend.

I genuinely enjoyed this podcast series. Lots of twists, a fun narrator ( main character), and some laugh out loud moments that drew attention during my commute.
Highly recommend!

I really enjoyed this podcast. It was light-hearted, fun, and kept me guessing right up to the very end. I thought Alicia Silverstone did a great job narrating as Katy. Lol I hope too hear more of these in the future.

I loved this "podcast"!

It took me a few minutes to get into the first episode but then I could not turn it off. I love Alicia Silvertone's performance and the whole thing was just so entertaining! More of these, please!

Weird but entertaining. Especially since it's included in the membership, worth a listen. Silly, cute, and funny!

Slow to start, but very funny!

If you love:
Alicia Silverstone in Clueless,
Legally Blonde,
The early 2000s,
True Crime podcasts,
Poking fun at podcasts,
and dry humor,
Then: you will love this one!
I loved it and was hooked by the 2nd episode!

Just a little too much for me

Every part is just a little bit too much over the top. I appreciate the enthusiasm, but it wore me thin after a few episodes. I like my satire a little more subtle. Felt like beating a dead horse.

Despite being a parody of true crime podcasts such as Serial and at times getting absolutely goofy with its plot, Eat sh*t Kenny Daniels managed to keep me hooked in much the same way as the material it spoofs. Once I got a few episodes in, I was truly on the edge of my seat, wanting to know where all this insanity was going, and I was not let down by the final episode.