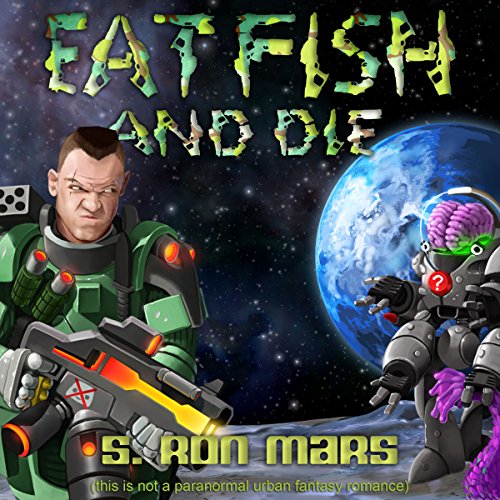 By: S. Ron Mars
Narrated by: John Pio
Free with a 30-day trial

Stuck on a small planetoid, we find Major Joachim Merlot. He's the military equivalent of a street sweeper, defending Earth against an alien race of stinking fish-like creatures. Merlot isn't interested in being any kind of hero - he just wants to return home and see who won the office betting pool. His odds of making it back alive are only one in 16, but that doesn't matter. He's been issued a handy dandy Battle Ready Android with the fire power of an entire platoon. The only problem? He can't let the android think too much. Too much thinking, you see, can upset it. And there's the rub. Since everyone thinks most of the time, how can you figure out when it's too much?

Warning: This is not a paranormal urban fantasy romance.

What listeners say about Eat Fish and Die

Seamingly simple, meanwhile has some philosophical idea behind. All in all quite fun and captivating.

And yet philosophically deep. If you like sci-fi and comedy, this is a must listen.