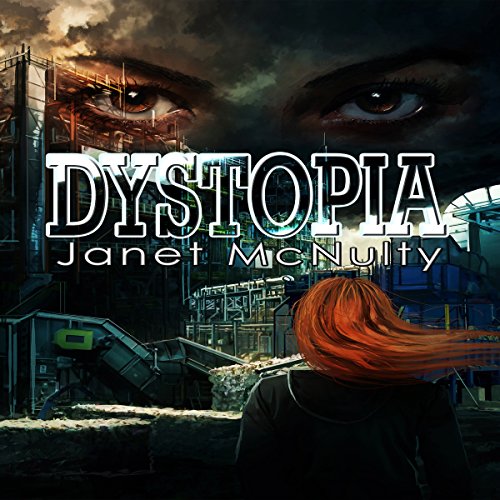 By: Janet McNulty
Narrated by: Robert Lee wilson
Try for $0.00

In the distant future the United States has been split into two regions separated by a barren wasteland; this is the country of Dystopia. Here the individual is discouraged, freedom is an illusion, food is rationed, and everything you do is tracked by a chip implanted in your arm. This is Dana Ginary's world.

At age 17, people receive their career assignments chosen for them by a government body. Forced to work at the Waste Management Plant because she was declared too individualistic, Dana finds herself surrounded by death and brutality. Knowing her days are numbered, she looks for a way to leave the plant before she, too, becomes one of its causalities.

It is then she meets a man named George and soon finds herself caught up in a cat and mouse game between the resistance and the Dystopian government. Dana finds herself faced with an agonizing choice of whom she will betray and whom she will save: her friend George, her parents, or herself.

What listeners say about Dystopia

There really is little to commend this effort. The narration is faltering with accentuated syllables you would expect of someone learning English as a second language. The plot - such as it is - is equally pitiful, lacking narrative arc, tension or subtlety of any kind. It is propaganda most blatant, wailing 'look what happens when you try to change things'. Because here's the sub text: the central character exists in an authoritarian state whose mission is, putatively, to visit misery on the majority in the cause of egalitarianism. Never mind that our current global reality is pretty much just as miserable for the many while the avarice of the elites ensure they continue to prosper at the expense of everyone else.
If you want to see how not to write a dystopian novel or how not to narrate a work of fiction or how a reactionary writer really ought to be a lot more subtle and nuanced about getting her deceitful message across, go ahead and purchase. Otherwise, save your money because if the world view of this author continues to dominate, you're gonna need it.