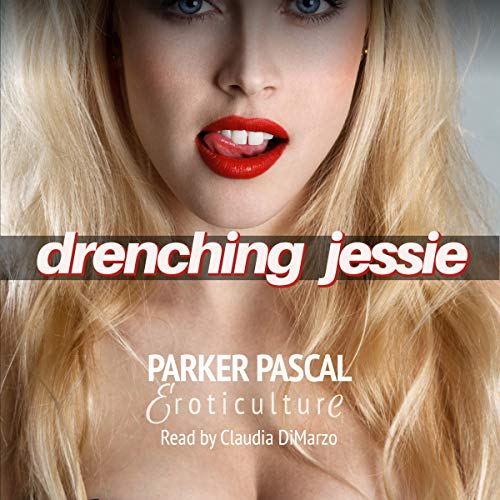 By: Parker Pascal
Narrated by: Claudia DiMarzo
Free with a 30-day trial

Jessie is 19 and doesn’t have much of a social life since her breakup with Henly a few months ago. And her heartbreak is compounded with frustration when she meets her ex’s hot friend, Carter.

Her mother has noticed her depression. Her aunt Paige even says Jessie’s complexion has gone to hell and tells her niece, with a wink, that she knows a good facial treatment.

Jess is a little uncomfortable when her own mother and aunt invite her to go with them to the Packhouse for a girls’ night out. And when she finds out what goes on behind the scenes, she’s shocked...at first....

But Jess is a grown woman, they insist, and deserves to have her needs met. She ought to be able to have a little fun - the kind of fun available in Room One at the Packhouse.

But when Jessie finds out the secret everyone’s been holding back, Room One may not be enough for her.

How far will Jessie go?

What listeners say about Drenching Jessie

The Awakening of a woman.

The sexual awakening of a woman is always fun and it is certainly true with this Audio Book.

Claudia made me want to finish

The story wasn't horrible as for the genre. Cliché but not horrible. But the voice actress Claudia DiMarzo kept me waiting for the next word. She alone took my 2 for story and raised it to a 3. Can't wait to listen to her again.

Jess is just getting over a break up, and has basically closeted herself at home, except for school.
Her aunt and mother decide to take her out to a special club to get her back into the swing of things. While there, she finds out that her ex was cheating on her, so she decides to get over him, in a big way!

The story was good for and the narration was great as well.

This was pretty much par for the course in this genre. It is interesting enough to have kept my interest throughout, but it's about sex... so don't expect more than that. The narration is well done and, for what it is, it's good.

Jess is trying to get over her break up so her aunt and mom take her to the "club" to have fun. She soon learns that the club is so much more. She also discovers that her boyfriend was cheating on her. She has the best sexual experience due to this betrayal. Good Narration. I was voluntarily provided this review copy audiobook at no charge by the author, publisher and/or narrator.

Read well and clearly by the narrator.

This story builds up to a frenzied climax that leaves the heroine sated and satisfied. Listen to this smexy audiobook and you'll be sated and satisfied also. A delicious story about Jessie's coming of age, first love gone wrong and introduction to what it means to be a woman.

Suited for men, women or couples who enjoy listening together.

The narrator does a good job portraying Jessie. The quality of the narration is good, with no pauses or hitches, so you're easily drawn into the story.

This story has some interesting turns, but the main character is a bit too naively written.
Overall a great story and it sounds like the person who narrated it enjoyed the story too.