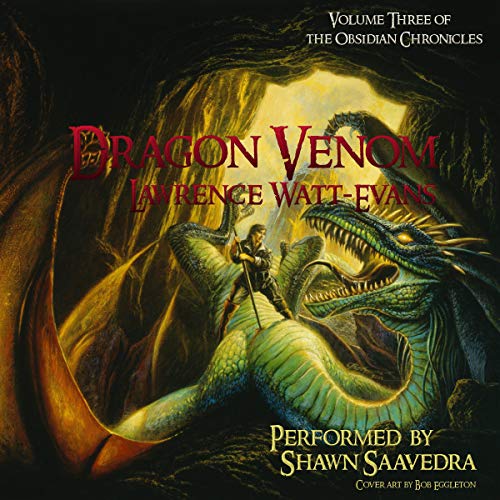 After many years of peace in the Lands of Men, there came Dragon Weather: a wave of incredible heat, oppressive humidity, dark angry clouds...and dragons. Dragons with no remorse, no sympathy, no use for humans; dragons who destroyed an entire village and everyone in it. Everyone, that is, except the young boy Arlian. Orphaned and alone, Arlian was captured by looters and sold as a mining slave. He finally escaped, fueled by years of hatred and a personal vow to bring justice to all who had wronged him.

After killing those who enslaved him, Arlian sought out The Dragon Society, whose sworn purpose was to stand against the dragon menace. It was there, among his peers, that Arlian discovered he is humanity's best hope for defeating the dragons...permanently.

Now, Arlian seeks his final vengeance: death to all of dragonkind. But as he begins to destroy the evil beasts, wild magic seeps into the Lands of Men, sowing chaos and destruction in its wake. Will Arlian's all-consuming quest for justice consume humanity as well? The answer may lie within his ancient foe's most lethal weapon: Dragon Venom.

What listeners say about Dragon Venom

great end to a great series

I still find some of the voices the narrator chose to use a bit annoying. Especially the old lady voice he uses, but those are typically minor side characters in this book so it does not take away my overall enjoyment.

absolutely stunning performance for the narrator. and the entire series had me on the edge of my seat.

loved this book. the only wish i could have is for the world that has been created to continue.

So glad this title is finally on audible!

Hands down my favorite of the trilogy! The world building and answered questions this book gives is all you could hope for from the last two!

It was so fun to continue this great story. I liked some of the continued development of the loved characters... But after thoroughly enjoying the previous 2 books very much, i felt that this one (if it is the last of the series) really brought up more complexity and questions, as it broadened its universe - when it maybe should've spent the time tying things up in the world already built. Didn't ruin it, but certainly left me less than resolved in the end.
Fantastic narration, consistent with what helped to make its predecessors such an enjoyable experience!